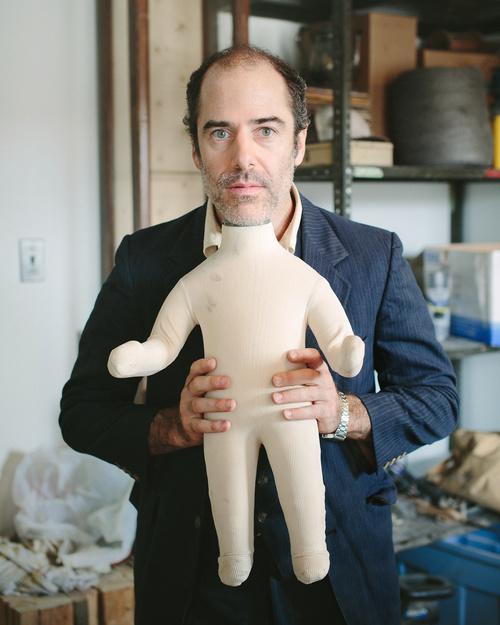 As a teacher, Sobelle has led workshops all over the world in devised theatre creation, physical approach to character, clown and “jeu.” He is a teacher at the Pig Iron school in Philadelphia (APT) and is on faculty at Bard College. His projects have been supported by the MAP Fund, the Independence Foundation, the Philadelphia Theatre Initiative, the Wyncote Foundation, US Arts International, the Princeton Atelier and the New England Foundation for the Arts. He is a 2006 Pew Fellow and is a 2009 Creative Capital grantee. Sobelle graduated with honors from Stanford University and trained in physical theatre at École Jacques Lecoq in Paris.

A multisensory performance piece, FOOD offers up a dreamscape cooking show that promises to sate, disgust, amuse and amaze even the most discerning of appetites.

The UC Davis Department of Theatre and Dance production is co-devised and directed by Geoff Sobelle, Granada Artist-in-Residence. The free performance livestreams on March 4, 5 and 6, 2021, at 7 p.m. PST.

Virtual auditions will be held for “Food,” the winter quarter production, on Dec. 1 and 2 at  5-7 p.m. The performance will be directed by Geoff Sobelle, Granada Artist-in-Residence.

For this audition, the student is asked to prepare based on the director’s statement.

This announcement has been archived and may contain content that is out of date.
Announcement
November 4, 2020