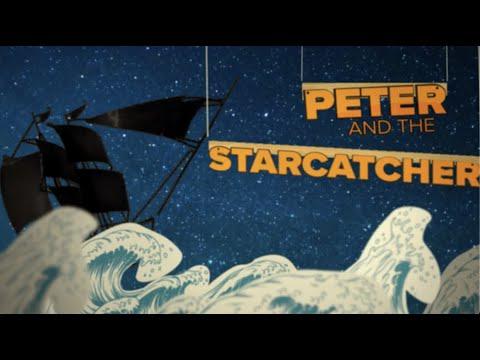 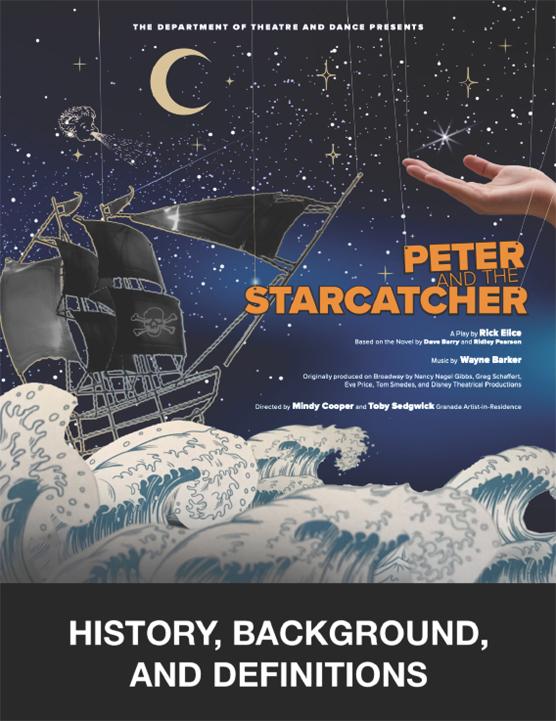 Peter and the Starcatcher, the award-winning stage prequel to Peter Pan, will be presented by the UC Davis Department of Theatre and Dance Feb. 27 through March 7, 2020.

It is based on the 2004 novel Peter and the Starcatchers by Dave Barry and Ridley Pearson, and adapted for the stage by Rick Elice with music by Wayne Barker. The play premiered in 2011 at the La Jolla Playhouse in California, then transferred to Off-Broadway. It opened on Broadway in April 2012 going on to win five Tony Awards.

In the play, a young orphan, and his mates are shipped off from Victorian England aboard a vessel with a mysterious trunk in the captain’s cabin. At sea, the boys and a resourceful young girl named Molly realize that the trunk contains a celestial substance so powerful that it must never fall into the wrong hands. When the ship is taken over by pirates, led by the fearsome Black Stache, the real adventure begins.

Featuring 16 actors portraying more than 100 unforgettable and hilarious characters, the family-friendly show uses elements of pop-up books in the scenic design, steam punk in the costuming, stop-action video, and projection elements that take audiences on the magical journey.

The play is co-directed by Broadway veteran Mindy Cooper, professor of theatre and dance, and Olivier Award winner Toby Sedgwick, Granada Artist-in-Residence, who was director of movement/horse choreographer for War Horse and appeared in the original production.

“There are stories in the world that merit telling and retelling for each generation. Peter Pan is one of those,” said Cooper. “This smart, cunning rethinking of a classic tale written for today’s audience is a joy to jump into. We are bringing our own sense of excitement, humor and theatricality to the work, collaborating with Toby Sedgwick and our exceptional creative team.”

Preview Designs of “Peter and the Starcatcher”

Broadway and London theatre veterans, designers, graduate and undergraduate students are coming together to bring life to the award-winning comic adventure “Peter and the Starcatcher.” The cast has begun rehearsals and the shops are busy building the scenery and costumes for the show. Scenic designer Samantha Reno and costume designer Kikyou Yan have shared their renderings to give you a preview of the production. The winter quarter production will be performed Feb. 27-29 and March 5-7 in the Main Theatre.

Toby Sedgwick trained at the Jacques Lecoq School in Paris, where he founded The Moving Picture Mime Show, which established itself as one of the innovators of “physical theatre” throughout the world. He was part of Danny Boyle”s creative team as director of movement and choreographer for the Green and Pleasant Land and Industrial Revolution sequences of the London 2012 Olympics Opening Ceremony. He won the 2008 Olivier Award for Best Theatre Choreographer for War Horse and played Ted Narracott in the original production.