“Clouds from a Crumbling Giant” Winter 2022 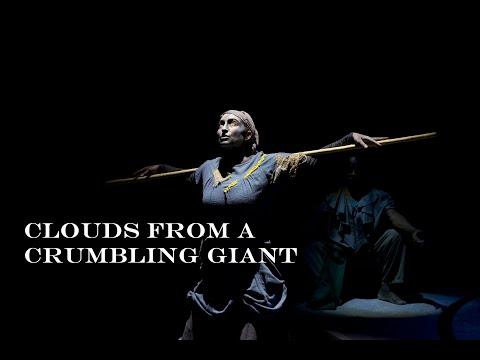 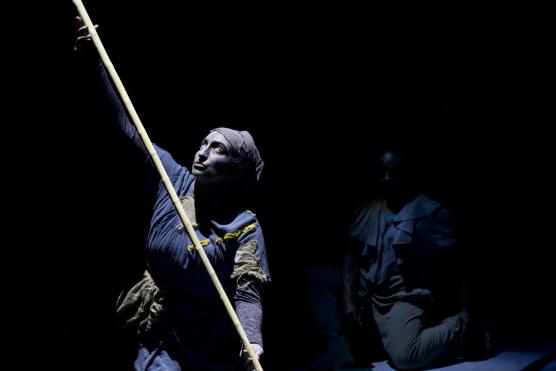 Clouds from a Crumbling Giant, a collaborative performance project, will be presented by the UC Davis Department of Theatre and Dance March 3-5, 2022 in the Main Theater, Wright Hall.

Devised by Granada Artist-in-Residence Shinichi Iova-Koga, the project follows the birth and death of a species, an empire, a universe, a flower. Time unfolds on stage like a wheel revolving, seeming to follow a path that becomes the snake eating its own tail. Behind the curtain, vibrations emerge to shape the earth, the rocks, the people. Clouds from a Crumbling Giant teems with stillness and wild movement, spoken text, song and sound. Warning: contains adult language and production employs fog effects.

“The materials begin the process,” said Iova-Koga. “The place, the people, the machinery, the Zeitgeist. The environment offers clues for how a stage work will unfold. And though the research into this piece touches on creation theories, political structures and concepts of time, the most fundamental part of the work is the exchange with the performers, staff and other artists to synthesize an experience that converses with this moment, this place. My training in Japanese and Chinese traditional, martial and avant-garde arts reveals the aesthetic and direction.”

The performers include graduate and undergraduate students. The musicians are integral performers from the Bay Area music scene.

The production’s scenic environment has been created in conjunction with students from DRA 126A: Topics in Entertainment Engineering who, under the supervision of instructor Steven Schmidt, have installed a large turntable with full automation on the stage.

Iova-Koga is the artistic director of the physical theater and dance company inkBoat. The company has received five San Francisco Izzie awards and has toured in Europe, Asia, and the USA. Shinichi’s approach to mobility, composition, feeling states and time stems from his experience with Anna Halprin, Daoist Internal Arts, Butoh Dance, Aikido, Improvisation and Noh Theater.

Performances begin at 7 p.m. Adult tickets are $10, faculty/staff tickets are $8, and student/senior tickets are $5. Tickets may be purchased at the UC Davis Ticket Office, located on the north side of Aggie Stadium, 10 a.m. to 5 p.m. weekdays, by phone 530-752-2471 during the same hours, or online at theatredance.ucdavis.edu.

Shinichi Iova-Koga, artistic director of the physical theater and dance company called inkBoat, is the winter 2022 Granada Artist-in-Residence for the Department of Theatre and Dance. He will stage a collaborative project titled Clouds from a Crumbling Giant. The company has received five San Francisco Izzie awards and has toured in Europe, Asia, and the United States.