“A Bee In A Jar” Catalyst: A Theatre Think Tank 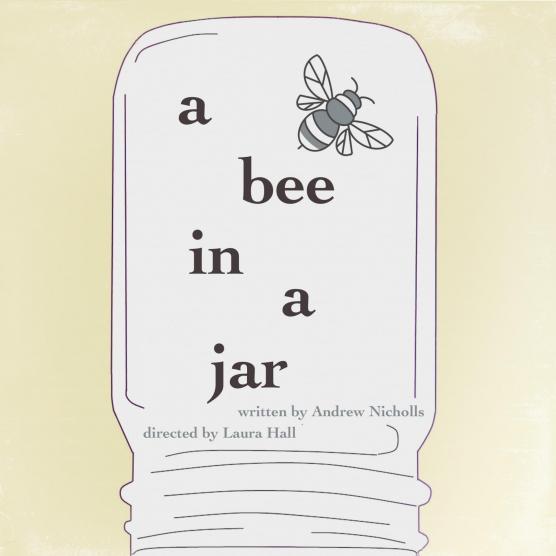 The Department of Theatre and Dance and Catalyst: A Theatre Think Tank (C3T) present ”A Bee in a Jar,” a play by Andrew Nicholls, on February 19 and 20 at 6 p.m. The virtual production is free.

In the play, three men with very different temperaments try to figure out why they were seized a month earlier and locked together in a featureless room.

Nicholls was the spring 2019 Granada Artist-in-Residence when the Department of Theatre and Dance presented his play “{LOVE/logic}.”

“A Bee in a Jar” is directed by theatre and television actor Laura Hall who appeared on Broadway in “Wonderland” and in the recent national tour of the award-winning revival of “Pippin.”

A launching pad for new works for the stage, Catalyst (C3T) continues to be a virtual festival in 2021 with online rehearsals and performances. The online process gives Catalyst a national footprint and allows creative teams to collaborate from various locations across time zones. Broadway veteran Mindy Cooper, UC Davis professor of theatre and dance, and Lisa Quoresimo, Ph.D., performance studies, ’18, are co-founders of Catalyst.

For details about access to the play and other events, visit catalyst3t.com.

Andrew Nicholls began writing comedy with Darrell Vickers in Junior High. After high school in Canada the team wrote for radio, TV and stage, and for comedians and cartoonists. In 1983 they moved to Los Angeles, where they wrote for George Carlin, Mickey Rooney, and for NBC’s Tonight Show from 1986-92, as Johnny Carson’s head writers. They’ve since created twenty TV series and written over 400 episodes of children’s TV.