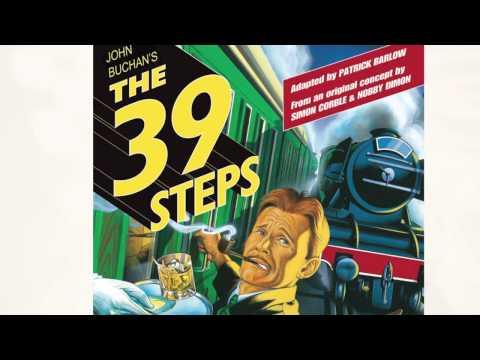 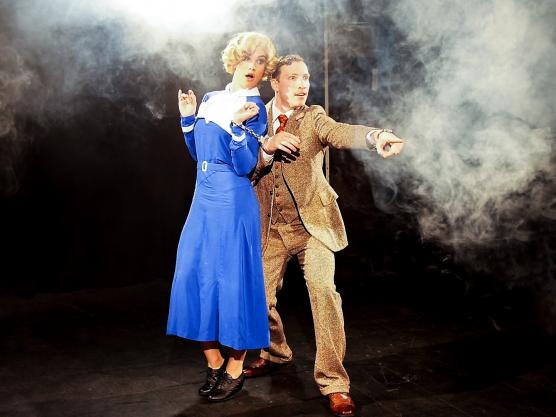 Mix a Hitchcock masterpiece with an action thriller, add a dash of Monty Python and you have “The 39 Steps,” a fast-paced whodunit for anyone who loves the magic of theatre, a riotous blend of virtuoso performances and wildly inventive stagecraft.

The UC Davis Department of Theatre and Dance presents this acclaimed comedy in the Wyatt Pavilion Theatre May 11-13 and 18-20 at 7 p.m. with 2 p.m. matinees on May 13 and 20. General audience tickets are $18.50, faculty/staff tickets are $17 and students/seniors tickets are $12.

Adapted by Patrick Barlow from the novel by John Buchan and from the movie directed by Alfred Hitchcock, “The 39 Steps” follows a man whose boring life is forever changed when he meets a woman with a thick accent who says she’s a spy. When he takes her home, she is murdered. Soon, a mysterious organization called “The 39 Steps” is hot on the man’s trail in a nationwide manhunt that climaxes in a death-defying finale!

This two-time Tony® and Drama Desk Award-winning treat is packed with nonstop laughs, over 150 zany characters (played by a ridiculously talented cast of five), an on-stage plane crash, handcuffs, missing fingers and some good old-fashioned romance! The New York Times called the comedy, “theatre at its finest!…Absurdly enjoyable! This gleefully theatrical riff on Hitchcock’s film is fast and frothy.”

Directed by Mindy Cooper (who staged the recent “Vanya and Sonia and Masha and Spike”), the cast is comprised of undergraduate students Daniel Ferrer, Matthew Murphy, Caitlin Sales, Matt Skinner and Kelly Tappan

The production’s presentation in the Wyatt Pavilion Theatre coincides with the venue’s 110th anniversary in 2017 – making it the oldest building on the UC Davis campus.