UC Davis Celebrates “The Simpsons” with Play and Exhibition 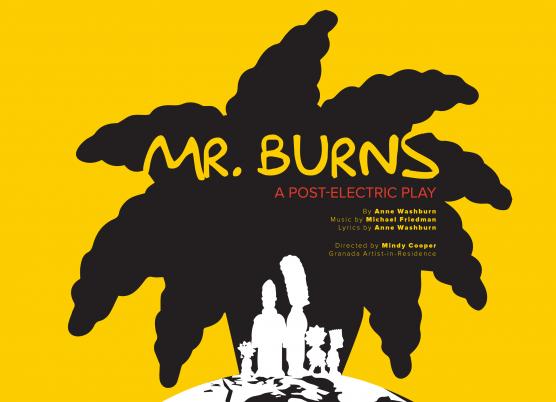 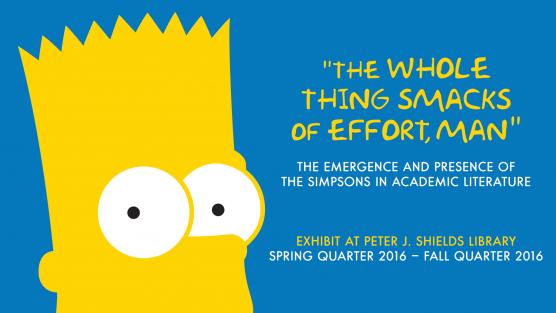 For nearly 30 years “The Simpsons” television series has been an animated commentary on the absurdities of American family life. This spring UC Davis honors Homer, Marge, Bart, Lisa and Maggie with two special events: a production by the Department of Theatre and Dance of a “Simpsons”-inspired comedy and an exhibition at the Peter J. Shields Library.

A dark comedy with music, “Mr. Burns, A Post-Electric Play” follows survivors of a post-apocalyptic event who try to recall a classic “Simpsons” episode. The group evolves the tale into the foundation of a new theatrical and musical art form – complete with commercials. Written by Anne Washburn and featuring music by Michael Friedman, “Mr. Burns” is directed by Granada Artist-in-Residence and Broadway veteran Mindy Cooper. The comedy plays May 19-21 and 29-28 at 8 p.m. and May 22 and 29 at 2 p.m. in Wright Hall’s Main Theatre.

“I have spent the better part of my life telling stories – through dance and music, and all aspects of theater. ‘Mr Burns’ is an incredibly intricate and funny play, and appeals to me,” said Cooper. “It takes place post-Apocalypse. And yet – one of the enduring elements to weather the storm is storytelling.”

At Peter J. Shields Library an exhibition titled “’The Whole Thing Smacks of Effort, Man’: The Emergence and Presence of The Simpsons in Academic Literature” will run through October 8. Exhibition hours at posted at lib.ucdavis.edu.

UC Davis’s resident expert on “The Simpsons” explains the show’s imprint on popular culture, “Since 1989, ‘The Simpsons’ has been holding up a yellow-tinted mirror to American society,” said Karma Waltonen, lecturer in the University Writing Program and co-author of The Simpsons in the Classroom: Embiggening the Learning Experience with the Wisdom of Springfield. “By watching ‘The Simpsons,’ we learn about American society — about its religious practices, its education system, its family life, its work life, its relationship to science, its politics, its entertainment, its military, its treatment of the elderly, its valuing of equality, its literary and pop culture history, its news media, its sex life, and on and on and on.”

“‘The Simpsons’ has plenty of meaning, added Waltonen. “We are those families who love each other, even though we’re dysfunctional; we’re those people who can simultaneously care too little and too much about politics; we are the viewers who sit down to watch TV, for better or worse, just like those postmodern, self-referential Simpsons do at the start of every episode.”

Following performances on May 19 and 26, Waltonen will participate in discussions about the production and the “Simpsons” place in popular culture.

This news has been archived and may contain content that is out of date.
News
April 27, 2016 Mindy Cooper
Faculty Profile