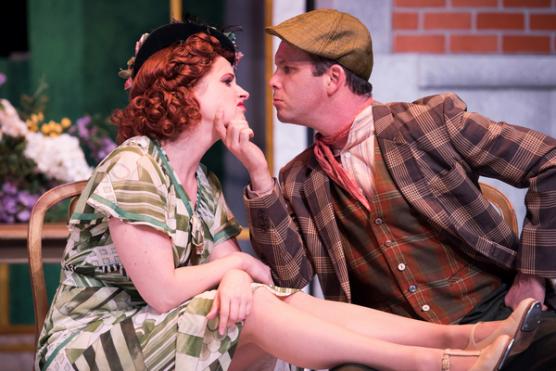 Broadway veteran Mindy Cooper, professor of theatre, has directed the popular 1930s musical comedy “Me and My Girl” for San Francisco’s 42nd Street Moon Theatre. The production runs through May 20 at the Gateway Theatre.

Here is a video preview of the performance.

“Me and My Girl” was a major hit on the West End in 1937, but was largely unknown in the United States until a Broadway production in 1986, where it also became a major success. This fish-out-of-water comedy is the story of a roustabout Cockney lad who learns he’s actually an Earl and must try to adjust to his new upper-class life. Several of the songs from the show became major hits of the day, including “Leaning On a Lamppost,” “The Lambeth Walk” and the title song.

42nd Street Moon celebrates and preserves the art and spirit of the American Musical Theatre. We contribute to its evolution and continuing vitality by presenting intimately produced performances of classic and rarely performed musical works. Through our productions, educational programs, and community outreach, we are committed to increasing the awareness and appreciation of the rich heritage and cultural perspective of the musical theatre and its vast influence on the world stage.