Jasperse’s work has received several prestigious awards and fellowships including a 2014 Doris Duke Artist Award; two New York Dance and Performance (“Bessie”) Awards—in 2014 for Within between in the category of Outstanding Production and in 2001 in recognition of his body of choreographic work; a 2011 US Artists Brooks Hopkins Fellowship; a Tides Foundation Lambent Fellowship in the Arts from 2004-2007; a 2003 Fellowship from the Foundation for Contemporary Arts; a 1999 Scripps/ADF Primus-Tamaris Fellowship; a 1998 John Simon Guggenheim Memorial Fellowship; a 1998 Doris Duke Award; the 1997 Mouson Award by Künstlerhaus Mousonturm in Frankfurt, Germany; three prizes in the 1996 Rencontres Internationales Chorégraphiques de Bagnolet; the Choreography Prize at the 3rd Suzanne Dellal International Dance Competition (1996) in Tel Aviv, Israel; and multiple fellowships from the National Endowment for the Arts (1992, 1994, 1995-96) and New York Foundation for the Arts (1988, 1994, 2000 and 2010).

Time Is Passing By

A dynamic contemplation of human existence in time provides the context for a remarkable evening of movement when the UC Davis Department of Theatre and Dance presents Time Is Passing By, created by the distinguished choreographer John Jasperse. 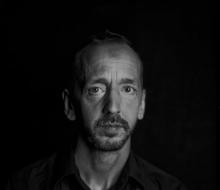