Actress, writer and director, Fidelis Morgan’s TV appearances include Jeeves and Wooster and As Time Goes By; her theatre work at Nottingham Playhouse, Liverpool Everyman, and particularly the Glasgow Citizens won her much acclaim and a Best Actress nomination in The Observer. She has appeared in platforms at the National Theatre and played in the West End.

As a writer, Fidelis is world-famous for her nonfiction work on 17th and 18th century history. More recently her series of historical whodunits, featuring The Countess Ashby de la Zouche and her sidekick Alpiew, has been admired both sides of the Atlantic, and her new modern-day Hitchcock-style thriller, The Murder Quadrille, is now available. Her plays have a cult following and led her to be nominated Most Promising Playwright in Plays and Players.

Fidelis is excited to be directing Susannah Centlivre’s The Gambling Lady at UC Davis, as Fall 2014 Granada Artist-in-Residence. It’s a play she rescued from near oblivion in her book The Female Wits. It has all the ingredients Fidelis loves: It’s theatrical, has a racy subject—gambling—and features a large ensemble cast including some very strong female characters.

Animals Out of Paper

Tickets: $5.00 will be available at the door, night of the performance. 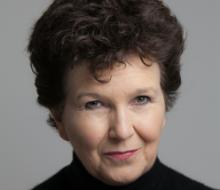