The Department of Theatre and Dance is proud to present Bob McGrath, co-founder and Director of Ridge Theatre, as Granada Artist-in-Residence during Winter 2015. He will direct ”Woyzeck” by Georg Büchner, as adapted by Neil LaBute. Performance dates are February 26–March, 2015.

Bob has directed theater and opera at venues including the Brooklyn Academy of Music, Lincoln Center, The American Repertory Theater, Carnegie Hall’s Zankel Hall and the Vineyard Theater. He has collaborated with composers, writers and conductors including John Adams, David Lang and Julia Wolfe. Mr. McGrath is the recipient of three OBIE awards for: Direction, Best Production and Sustained Achievement.

Mr. McGrath will be directing “Woyzeck” by Neil LaBute, a playwright famous for his black humor and violent tales in which often women run afoul of men with borderline personality disorders. Set in a nineteenth-century operating theater, LaBute’s adaptation of “Woyzeck” holds faithfully to the original by Georg Büchner but with a number of adept adjustments to make it more comprehensible and engaging for a modern audience.

McGrath’s all-encompassing multimedia world of projections, music, and soundscape permeates every facet of the play and adds Genet-like themes of racial power imbalance. This intuitive transformation of implicit content into explicit imagery carries “Woyzeck” into a realm of the rarified cathartic atmosphere of Artaud’s Theatre of Cruelty. Highlighted with a haunting musical score by McGrath’s longtime collaborator, Pulitzer Prize-winning composer David Lang, the total effect is an incisive and organic excavation of the shadowy underpinning of “Woyzeck” that leaves no stone unturned.

The UC Davis’ Department of Theatre and Dance’s winter production of Woyzeck is set to open on Feb. 26 at 8 p.m. The production will run through March 8 in the main theatre at Wright Hall.

The play, written by German dramatist Georg Büncher, tells the story of the eponymous protagonist, Franz Woyzeck, a working class man who deals with psychological trauma. The story explores themes of class, violence and the fragility of the human psyche. The Theatre Department’s Granada Artist-in-Residence, Bob McGrath, will direct Neil LaBute’s adaptation of Woyzeck.

February 25, 2015 Joan Grossman Bob McGrath
Back
This item appears in: 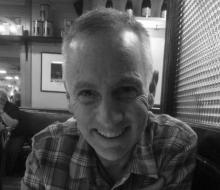