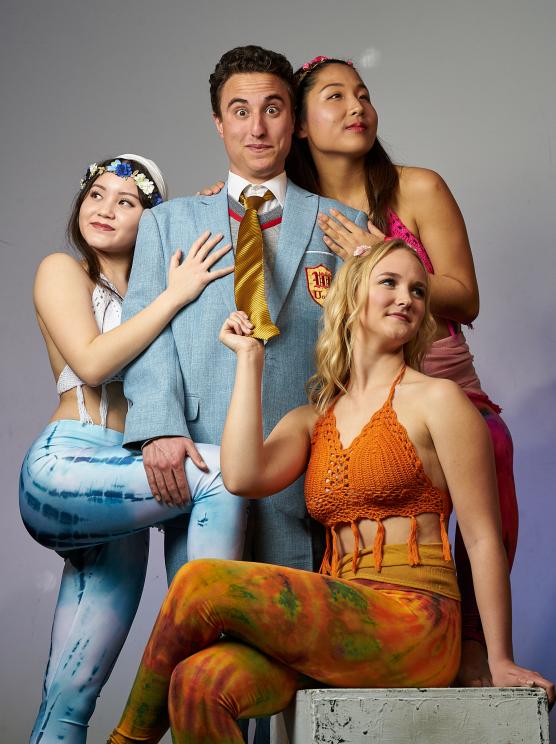 The award-winning musical “Pippin” receives a semi-staged concert when presented by the Department of Theatre and Dance on Sunday, Feb. 25, 2018. The performances take place in the Ann E. Pitzer Center at 1 p.m. and 5 p.m.

The production is staged by Broadway veteran Mindy Cooper, “CHICAGO the Musical” and “Disney’s Beauty and the Beast,” with music direction by Graham Sobelman.

Tickets are $15 for the general public and $10 for students and seniors.

Featuring a book by Roger O. Hirson and a score by Stephen Schwartz (composer/lyricist of “Wicked”), “Pippin” features a troupe of performers, led by a charismatic and manipulative Leading Player. The son of a powerful politician, Pippin longs to find purpose, passion and adventure. Fresh from university, his colorful journey finds him going to war, exploring the joys of sex, opposing his father’s tyranny, and possibly finding love with an attractive widow — all the while seeking his “corner of the sky.”

Roger O. Hirson (Book) has written extensively for the theater, movies and television. His Broadway credits include Pippin, Walking Happy and Darling of the Day. He won the Emmy for his six-hour television mini-series A Woman Named Jackie. Mr. Hirson’s adaptation of A Christmas Carol, which starred George C. Scott, was honored by a Royal Command performance. He wrote the film Demon Seed and the story for The Bridge at Remagen.

Stephen Schwartz (Music and Lyrics) wrote the score for the Broadway hit Wicked and contributed music and/or lyrics to Godspell, Pippin, The Magic Show, The Baker’s Wife, Working, Rags and Children of Eden. He collaborated with Alan Menken on songs for Disney’s Enchanted, Pocahontas and The Hunchback of Norte Dame and wrote the score for DreamWorks’ The Prince of Egypt. His first opera, Séance on a Wet Afternoon, was produced at Opera Santa Barbara and New York City Opera. Schwartz has won three Academy Awards and four Grammy Awards. http://www.stephenschwartz.com.

The original production of Pippin was directed and choreographed by Bob Fosse and opened on Broadway in 1972 winning five Tony Awards. The musical’s 2013 revival received four Tony Awards including Best Revival of a Musical.