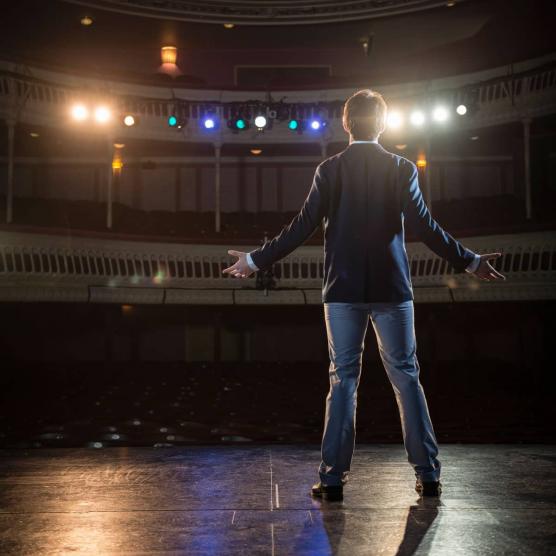 This unique class for musical theatre focuses on specific lyric/scene monologue work as well as picking it apart musically. Important emphasis on why the song exists in the first place, what the actor/performer has to physically do and accomplish. The class involves quite a bit of physicality and various acting exercises that often come out of the material itself. Granada Artist and Broadway veteran Jeffrey Saver helps students choose material, and could even help them to build “their book,” a compilation of audition songs.

Saver has composed the musicals “Dodsworth” and “Time After Time” with collaborator Stephen Cole and music for the documentary film “In My Hands” (directed and produced by Ann Reinking). He has written and arranged special material for: Chita Rivera, Christine Baranski, Joel Grey, Bebe Neuwirth and others. As a music director and pianist, his Broadway credits include “Allegiance,” ”End Of The Rainbow” (Broadway and L.A. productions), “Sister Act,” “CHICAGO The Musical,” “Kiss Of The Spider Woman,” “Into The Woods,” “Sunday in the Park with George,” “The Secret Garden” and “A Chorus Line.”

Jeffrey Saver has composed the musicals Dodsworth (starring Hal Linden and Dee Hoty) and Time After Time with collaborator Stephen Cole and music for the documentary film In My Hands (directed and produced by Ann Reinking).