Jeffrey Saver has composed the musicals Dodsworth (starring Hal Linden and Dee Hoty) and Time After Time with collaborator Stephen Cole and music for the documentary film In My Hands (directed and produced by Ann Reinking). He has written and arranged special material for: Chita Rivera, Christine Baranski, Rosie O’Donnell, Dorothy Loudon, Joel Grey, Bebe Neuwirth and others. As a music director and pianist, his Broadway credits include Allegiance, (starring Lea Salonga and George Takei), End Of The Rainbow (Broadway and L.A. productions), Sister Act, Chicago, Kiss Of The Spider Woman, Into The Woods, Sunday in the Park with George, The Secret Garden, The Rink and A Chorus Line. Off Broadway: Milk And Honey, A World To Win: the songs of Sheldon Harnick (both at the York Theatre), The Fantasticks, Lucky Stiff. Tours: Dancin’ (U.S. and Japan), A Chorus Line (Paris). Regional: Annie, Sweeney Todd (with George Hearn and Judy Kaye) and Can-Can at Paper Mill Playhouse; Merrily We Roll Along and A Wonderful Life at Arena Stage; Arthur at the Goodspeed Opera House. Also served as musical supervisor of a benefit concert for The Actor’s Fund of A Wonderful Life (starring Brian Stokes Mitchell, Judy Kuhn and David Hyde-Pierce). Cast albums include: Time After Time, Dodsworth and New Songs from New Musicals (featuring Judy Blazer, Christian Borle, Liz Callaway and Walter Charles, available on Original Cast Records OC 6128); Chicago (both Broadway and Soundtrack); Kiss of the Spider Woman (with Vanessa Williams); Lucky Stiff.  He is a graduate of the Cincinnati College-Conservatory of Music, where he subsequently taught in the musical theatre department. Additionally, he taught at Point Park University as a music director and teaching artist-in-residence. Jeff is an honored to be a founding member of NewArts (formerly the 12/14 Foundation) in Newtown, CT where he music directed From Broadway With Love; A Benefit Concert For Sandy Hook (broadcast on PBS), Seussical, the world premiere of A Rockin’ Midsummer Night’s Dream,  Liberty Smith, School Of Rock, The Wizard Of Oz and Joseph…Dreamcoat. Recent credits include Grand Hotel for Encores at New York’s City Center, next to normal at UNCSA in Winston-Salem, N.C., 42nd Street at Southern Utah University and Freaky Friday at North Shore Music Theatre. 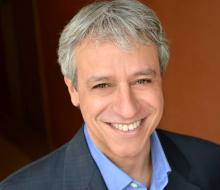