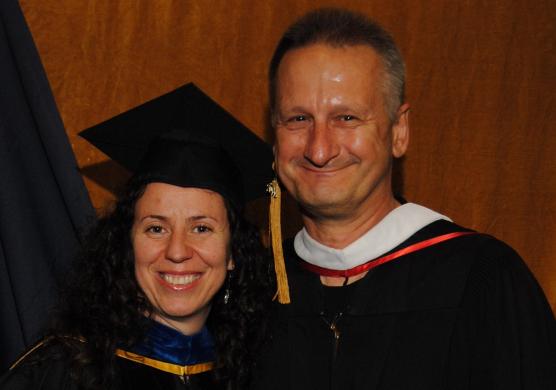 From 1981 to 1991 he was the artistic director of the Traverse Theatre in Britain, and the theatre director (artistic and executive) at the Leicester Haymarket Theatre where he introduced radical international and alternative theatre to the United Kingdom. He has championed cross-cultural theatre throughout his career and is committed to interdisciplinary work among theatre, dance, and performance art. From 1991 to 2003, he combined professional theatre directing with an academic post at Manchester Metropolitan University, the only university conservatory program in the United Kingdom.

His major productions include Still Moon on Fire, a music-theatre piece commissioned by the Canada Council (1996), for which the lead singer won a Dora award (Canadian theatre’s equivalent to Broadway’s Tony and Great Britain’s Olivier Awards), and a production of Jean-Paul Sartre’s The Flies at the Stratford Festival of Canada in 2003. He directed Endgame at Shakespeare Santa Cruz (2007). His 2008 production of A Midsummer Night’s Dream for the Dramatic Arts Centre in Shanghai won “Best Production” by the Shanghai International Arts Festival.

As researcher and author, Lichtenfels has written numerous articles and was co-author of Romeo and Juliet: Negotiating Shakespeare’s Language (Ashgate Publishing 2008).

“In 1991 I was invited as a Granada Artist-in-Residence director to UC Davis,” said Lichtenfels. “We did a punk production of Moliere’s Tartuffe, and in 1994 I directed Shogo Ota’s Plastic Rose here and at Osaka University. In 1998 I directed Romeo and Juliet as two productions, a cast of all women and the other all men. The casts came together in two mixed productions and were among the most exhilarating performances I’ve ever witnessed. In 2002 I returned to direct A Midsummer Night’s Dream which became the basis for a professional production I did at the Shanghai Dramatic Arts Center in 2008.”

“In 2003 I was hired full-time and have since directed The Laramie Project with a large community input into the production, The Island which toured to a major conference on Decolonization, Cymbeline, and Galathea which was an extraordinary experience for me. These were followed by another production of Plastic Rose that we took to the Edinburgh Festival, by many SOS productions, and another Shogo Ota play Elements that toured to Bogota Colombia. My final production was Brecht’s The Threepenny Opera that I co-directed in November 2019.”

“I accepted the offer to come to UC Davis full-time because directing at a university offers far more opportunities for experimental and cutting edge work than most commercial theatres,”said Lichtenfels. “My career has focused on working with new writers, and re-working the classics, on immediate and important challenges, and my professional career has continued alongside the productions at UC Davis. But the faculty, staff, and students and the university have offered a wonderful, creative and imaginative space for re-thinking the important issues that theatre lets us bring to life.”

Grenke praised Lichtenfels’ contributions as a teacher and an active part of the city communities.

“Professor Lichtenfels has been a dedicated teacher, department chair, and member of the campus and city communities,” said Grenke. “As a researcher and theatre practitioner, he has continued making invaluable contributions to the global field. The campus and Davis community have been the recipients of his remarkable significance as a theatre director through moving and thought-provoking theatre productions and events. His impact on both the global professional field and to the students of UC Davis are invaluable.”

“The best advisor I could have possibly dreamed of having for my Ph.D. dissertation and the owner of one of the sharpest minds who wore the coolest and most colorful socks,” said Tenenblat. “Sad to think you won’t be the better-than-my-dreams advisor to anyone else, but happy to know you are off to a new adventure! Have a blast!”

“Thank you, Peter, for your imaginative student productions of Shakespeare’s plays,” said Bloom. “I can still remember vividly your Romeo and Juliet in the round, and the ways the audience was constantly pulled into the performance—sometimes quite literally. To me, your productions always seem to be about the audience, about making them feel critical to the action on stage. I brought many first-time theatergoers to your shows, and you won them over every time. Thank you for your brilliance as a director and for your kindness as a colleague. Best of luck with the next act.”