A Documentary Film on “RANKED: THE MUSICAL” Premieres 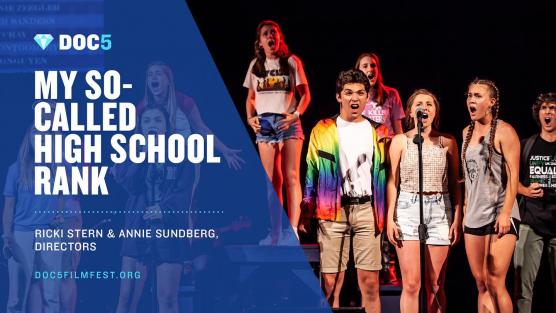 Ranked: The Musical, which was developed in part at UC Davis through Catalyst Theatre/Ground and Field Theatre Festival, is the subject of a documentary film My So-Called High School Rank, produced by HBO. The film was recently presented at DOC5 Film Fest in Menlo Park, CA, and is making the rounds at numerous festivals this fall including the Woodstock Film Festival.

With a book by alum Kyle Holmes (B.A., English, ‘10; M.A., education, ‘12) and music and lyrics by David Taylor Gomes, the musical focuses on a dystopian world where academic competition defines each student’s worth, and students do whatever it takes to get to the top of the leaderboards, including paying for their grades. Ranked premiered at Granite Bay High School, where Holmes was the director of theatre arts, in April 2019.

The musical was further developed at UC Davis under the direction of Professor Mindy Cooper in September 2019.