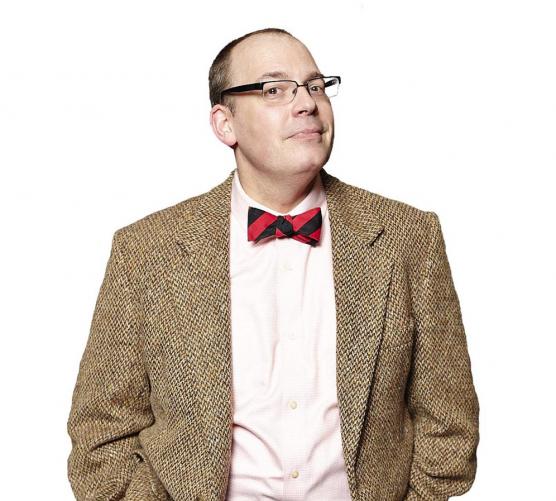 Wayne Barker, the Tony Award-nominated composer of “Peter and the Starcatcher,” will discuss his career and perform his songs and music at UC Davis on Feb. 5. The event takes place in the Arena Theatre, Wright Hall, at 6 p.m. and is free and open to the public.

Barker performed for six years with Barry Humphries/Dame Edna Everage including on Broadway in “Dame Edna: Back with a Vengeance,” collaborating with Humphries on lyrics and “All About Me” which co-starred Michael Feinstein. He composed and performed the piano scores for the world premiere of Beth Henley’s “Laugh” at Studio Theatre in Washington, D.C., Joe DiPietro’s “Hollywood” at La Jolla Playhouse, and “The Primrose Path” and “The Great Gatsbay” at the Guthrie Theater in Minneapolis. His music can also be heard throughout “A Little Curious” on HBO Family. He has contributed dozens of original arrangements to symphony pops programs, including those presented by the New York Pops, Los Angeles Philharmonic, Minnesota Orchestra and the Baltimore, Chicago, San Francisco and St. Louis symphonies, among many others.

“The Department of Theatre and Dance is delighted to have Wayne on campus, discussing his music for ‘Peter and the Starcatcher,’ our winter departmental production,” said Mindy Cooper, professor of theatre and co-director of the production. “As a research one institute, we are pleased to learn more about his creative process and his influences, ideas and how he collaborates in a theatrical setting to further the narrative musically.”

Barker’s appearance is presented by the College of Letters and Science’s Department of Theatre and Dance which is producing “Peter and the Starcatcher” Feb. 27-29 and March 5-7.

For information about this event and production, visit theatredance.ucdavis.edu.