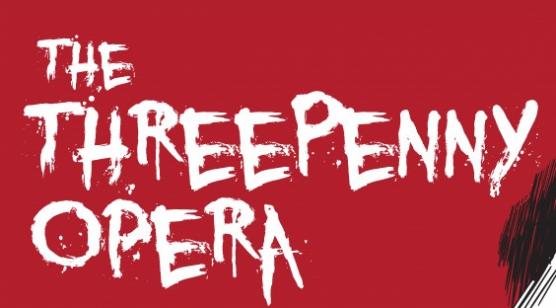 The Department of Theatre and Dance will hold auditions for Bertolt Brecht and Kurt Weill ’s masterpiece, “The Threepenny Opera,” on May 20 and 21 from 6-10 p.m. in Arena Theatre, Wright Hall. The auditions will be held in conjunction for those for the Ground and Field Theatre Festival. Auditions are open to all UC Davis students, faculty and staff.

The production will be directed by Peter Lichtenfels and Regina Maria Gutierrez Bermudez.

A gripping, macabre masterpiece, “The Threepenny Opera” is a criticism of capitalism and middle class morality set in a world of corrupt money and unpunished evil. It is one of the most produced works of music theater worldwide. Weill’s celebrated score parodies operatic conventions and embraces the musical styles of jazz, period dance music, and cabaret.

An iconic 20th century musical, “The Threepenny Opera” is a story of love and sexual intrigue written by Brecht, a key leftwing playwright, with music by his brilliant collaborator Weill. The musical introduced the famous song “Mack the Knife,” and the infamous and threatening character of Macheath. It was originally written at a time when they didn’t know what the future was, and they had no past. The play poses the contemporary question “What is it like when life has no certainty?” How can they sustain a deviant high.

This seasonal event has been archived and may contain content that is out of date.
Seasonal Event
May 9, 2019 Peter Lichtenfels Regina Maria Gutierrez Bermudez
Faculty Profile

Regina María Gutiérrez Bermúdez is a Doctoral student in Performance Studies at the University of California, Davis She holds an MFA in Fine Arts with an emphasis in Directing and MA in Performance Studies, degrees obtained at the same university. Graduated in Dramatic Arts from the Universidad Pedagógica Nacional (Colombia), she has a trajectory of more than 20 years as an actress, performer, theater and dance educator, an expert in movement, somatic, and energy work.