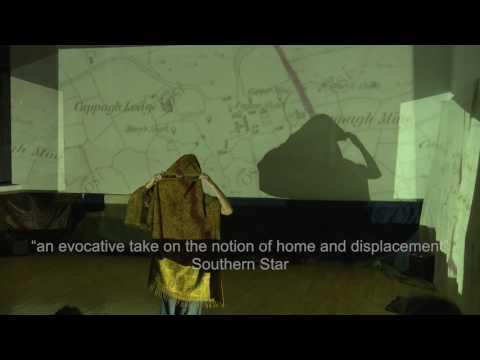 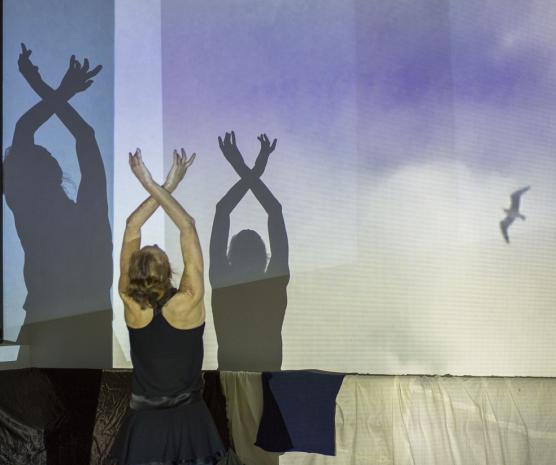 The fall quarter edition of “Outside the Lines 1” will feature guest artist Rachel Berman, a former dancer of the Paul Taylor Dance Company, and the U.S. premiere of a work by Tara Brandel, artistic director of Ireland’s Croí Glan Integrated Dance Company.

Running Thursday through Saturday, Dec. 7 to 9 at 7 p.m. with a 2 p.m. matinee on Dec. 9, “Outside the Lines 1” is presented by the College of Letters and Science’s Department of Theatre and Dance in Wright Hall’s Main Theatre.

Berman performed principal roles and appeared in many television productions with the Paul Taylor Company for a decade. She was featured in the Academy Award nominated documentary “Dancemaker.” She has also performed with Ballet Hispanico, May O’Donnell, the American Repertory Dance Company, the Joyce Trisler Danscompany, and the hula companies of Nā Lei Hulu I Ka Wēkiu and Pua Aliʻi ʻIlima O Nuioka.

“Cappaghglass,” a dance theatre solo work created and performed by graduate student Tara Brandel, will have its U.S. premiere at “Outside the Lines 1.” Brandel is artistic director and co-founder of Croí Glan Integrated Dance Company based in Cork, Ireland. The piece was made in response to the current refugee crisis in Europe, using the rural Irish valley of Cappaghglass (where Brandel was born) as a metaphor. “Cappaghglass” looks at displacement, otherness and migration, and our universal need for home.

Tickets are $10, $9 for faculty/staff and $7 for students/seniors. Tickets are available online at theatredance.ucdavis.edu or may be purchased at the UC Davis Athletic Ticket Office, on the north side of Aggie Stadium, 10 a.m. to 5 p.m., Monday through Friday, or by phone (530) 752-2471 during the same hours.

For more information about future performances and productions, visit arts.ucdavis.edu/theatre-and-dance.

Tara Brandel is an Irish choreographer, contemporary dancer, aerialist, and contact improviser, and has been choreographing extensively since 1990. Her work has been shown in Cork, Dublin, London, Berlin, San Francisco, Seattle, Egypt, Canada, and Australia.