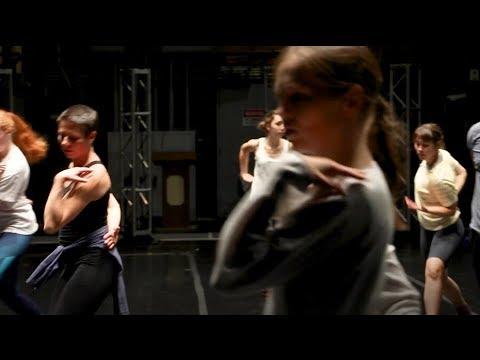 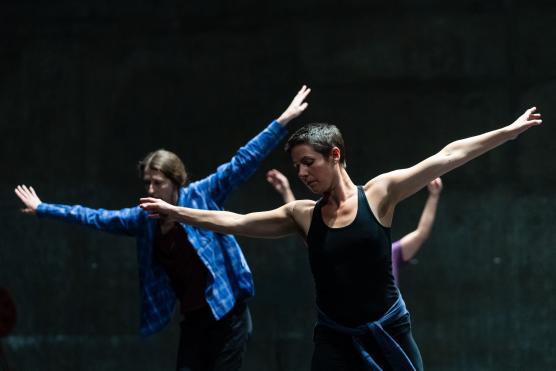 Please be advised that this event has been re-scheduled from its originally announced dates.

Kota Yamazaki and Mina Nishimura, whose work is strongly rooted in butoh, a form of Japanese dance theatre, are choreographing “Every-Body, No-Body” for the UC Davis Department of Theatre and Dance in the College of Letters and Science. Yamazaki and Nishimura are the Granada Artists-in-Residence for fall quarter. The new work features graduate and undergraduate students as the performers.

The performances Thursday through Saturday, Dec. 6 through 8 at 7 p.m. with a 2 p.m. performance on Dec. 8 are in the Main Theatre of Wright Hall.

“’Every-Body, No-Body’ is a slippery and elusive journey that explores a relationship between ‘my bone’ and insubstantial ‘I,’ while dealing with friction and tension between Body as object and every-changing ‘I’-ness,” Nishimura said.

Yamazaki studied under Akira Kasai, one of the pioneers of butoh. His Tokyo-based dance group Rosy Co., founded in 1996, has performed nationally and internationally at theaters and festivals throughout Asia, Europe and the United States.

Tickets are $10, $9 for faculty/staff and $7 for students/seniors and are available online at theatredance.ucdavis.edu or at the UC Davis Athletics Ticket Office, on the north side of Aggie Stadium, 10 a.m. to 5 p.m., Monday through Friday, or by phone (530) 752-2471 during the same hours.

Two acclaimed butoh performers Kota Yamazaki and Mina Nishimura have returned to UC Davis to create the choreography for “Every-Body, No-Body,” scheduled for Dec. 6 through 8. The original work features graduate and undergraduate dancers/performers. Our photographer, Justin Han, recently attended a rehearsal to capture the work in development. All photographs by Justin Han, copyright UC Regents