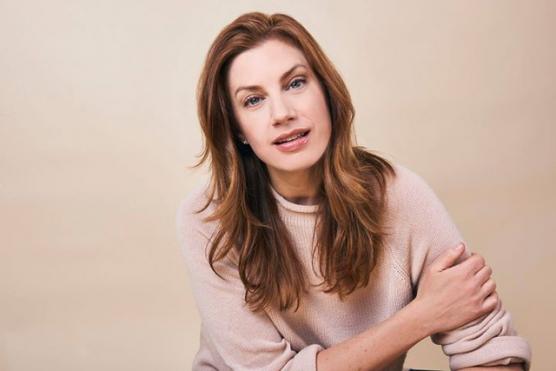 Jessica Phillips, a star of the national tour of the musical “Dear Evan Hansen,” will discuss her career as a stage and television actor and perform at UC Davis on Dec. 3. The presentation/performance takes place in the Arena Theatre of Wright Hall, at 5 p.m. and is free and open to the public.

Phillips comes to Davis prior to a sold-out engagement of the Tony Award-winning musical at San Francisco’s Curran Theatre.

She has been earning critical acclaim for her portrayal of the hero’s mother. The Los Angeles Times’ Charles McNulty has written “Jessica Phillips, [has] wonderfully balancing maternal sympathy with single parent grit.”

For her UC Davis appearance, Phillips will be joined onstage by her husband, actor Tad Wilson (Broadway’s “Getting the Band Back Together,” “Bonnie and Clyde,” “Priscilla, Queen of the Desert” and “Rock of Ages”). Pianist Graham Sobelman will accompany the couple.

Phillips has established herself as one of Broadway’s premiere leading ladies over the past several years. Broadway credits include: “Leap of Faith” opposite Raul Esparza, “Priscilla Queen of the Desert,” “Next to Normal,” “Jesus Christ Superstar” (25th anniversary revival) and “The Scarlet Pimpernel.” On television, she has appeared as recurring character ADA Pippa Cox on “Law and Order: SVU” for the past four seasons and on “Royal Pains,” “Bronx Warrants,” “Elementary,” and “Unforgettable.” She is also half of the country music duo 10th & Carlisle.

Phillips’ appearance is presented by the College of Letters and Science’s Department of Theatre and Dance. For information about productions and other events, visit theatredance.ucdavis.edu.