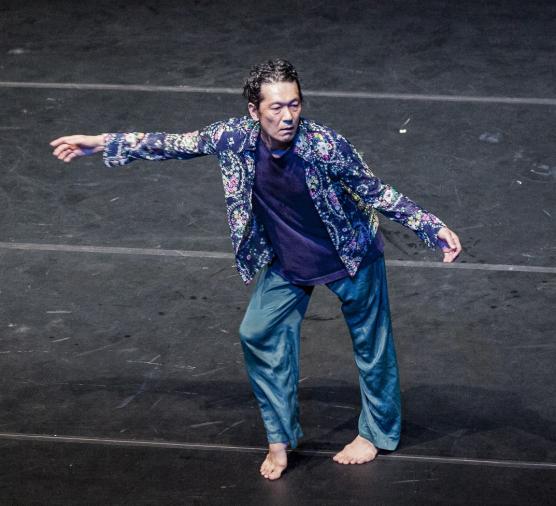 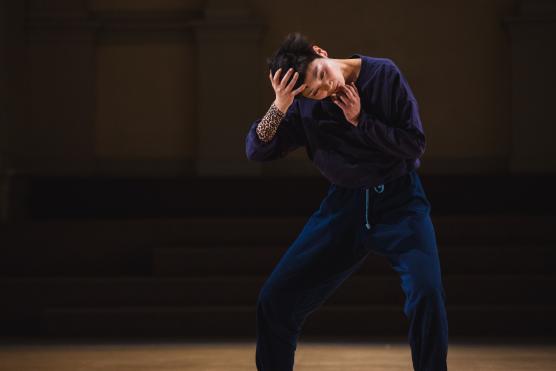 Two acclaimed Butoh performers Kota Yamazaki and Mina Nishimura return to UC Davis for a fall 2018 residency that is open to undergraduate and graduate students.

Butoh, a form of Japanese dance theatre, was showcased in the winter 2018 quarter edition of “Outside the Lines 2” in which Yamazaki and Nishimura were guest artists.

Developed in the 1950s by Tatsumi Hijikata and Kazuo Ohno, butoh incorporates a diverse range of activities, techniques and motivations. The movement is often based on playful and grotesque imagery, taboo topics, and extreme or absurd environments.

Yamazaki studied under Akira Kasai, one of the pioneers of butoh. He established his Tokyo-based company Rosy Co. in 1996. The company has performed nationally and internationally at theaters and festivals throughout Asia, Europe and the United States.

Nishimura studied butoh and improvisational dance with Yamazaki, while she was also studying at the Merce Cunningham Studio. She has performed internationally in works by choreographers such as John Jasperse, Dean Moss, Rashaun Mitchell + Silas Riener, Vicky Shick, Nami Yamamoto, Ursula Eagly and Ellen Fisher.