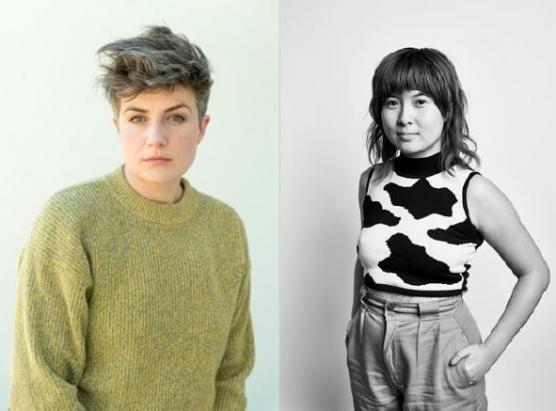 Annie Saunders has created award-winning multi-platform projects for major arts institutions including the Public Theater, The Los Angeles Philharmonic, the Broad Stage and Summerhall, as well as site-specific projects in disused spaces set for demolition and experiential campaigns for multinational brands. CURRENT, her soundwalk in Lower Manhattan, created with Jackie! Zhou/One Thousand Birds, Andrew Schneider, OpenEndedGroup and Octopus Theatricals, won the Best Immersive Creative Non-fiction Award and the Tribeca X Award in the Tribeca Festival in 2021. Her installation The Home, a headphone-based experience for one audience member at a time for Domestic Violence Awareness Month, won the D&AD Yellow Pencil (“Creative Excellence”) for Spatial Design and Installation Design and APA Ideas Awards in the UK for Best Experiential Project and Best Use of Technology for Good. The work is in archives in the Department of Film at MOMA NYC. She is a member of the inaugural ONX Studio, an invited accelerator for artists working in extended reality to develop significant works for the public realm through NEW INC, the New Museum and the Onassis Foundation, and an alumnus of the Devised Theater Working Group for next-generation performance-makers at the Public Theater. Saunders is the founder and artistic director of site-specific performance company Wilderness, and her experimental project The Wreck for Opera Omaha was called “ingenious…a persuasive expression of complex female feeling,” by The Wall Street Journal.