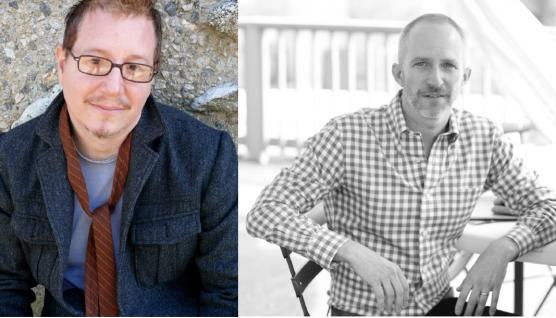 Writers and composers Paul Gordon and Curtis Moore, the authors of the new musical comedy Juliet and Romeo, are the Granada Artists-in-Residence for spring 2021.

Gordon was nominated for a 2001 Tony Award for composing the music and lyrics to the musical Jane Eyre. He won the 2015 Jeff Award for Best New Work for his book, music and lyrics for Sense and Sensibility, commissioned by Chicago Shakespeare Theatre. He is the recipient of the 2009 Ovation Award for his music and lyrics to Daddy Long Legs  which has had productions all over the world, including Off-Broadway, where it was nominated for 2 Drama Desk Awards, an Off-Broadway Alliance Award and 3 Outer Critic Circle awards. Knight’s Tale, written with John Caird, opened at the Imperial Theatre in Tokyo in 2018 and will be remounted in 2021. Gordon is one of the three founders of StreamingMusicals.com and his critically acclaimed Austen adaptations, Emma and Pride and Prejudice can be streamed on Streaming Musicals and Amazon Prime. Estella Scrooge, filmed in quarantine, and No One Called Ahead can also be streamed on StreamingMusicals.com. His other shows include: Being Earnest, Analog and Vinyl, Stellar Atmospheres, The Front, Juliet and Romeo, Ribbit, Sleepy Hollow, The Circle and The Sportswriter. In his former life, Paul was a pop songwriter and wrote several number one hits.

Moore is an award-winning composer, songwriter and musician who’s worked on varied projects around the world in theaters on and off Broadway as well as in television and film. He has collaborated with Amanda Green, Sam Mendes, George C. Wolfe, Phil Ramone, Tom Stoppard, Todd Solondz, Arthur Laurents, Amy Sherman-Palladino, Theresa Rebeck, Jack O’Brien, Mark Bennett, Michael Friedman, Kirsten Childs, Jason Robert Brown, Jeff Marx, Tom Kitt, Christopher Gattelli, Dan Lipton, Katie Holmes, Tom Hanks, bd wong, Kelli O’Hara, Kristin Chenoweth, Martha Plimpton, Brian d’Arcy James, Richard Thomas and Matthew Brookshire. He wrote, conducted, and arranged five original songs for the third season of the Amazon hit, The Marvelous Mrs. Maisel with my longtime writing partner Thomas Mizer, one of which, “One Less Angel” was nominated for an Emmy. He composed the music for Nora Ephron’s Broadway play Lucky Guy with Tom Hanks. In collaboration with Mizer, he was awarded the 2016 Fred Ebb Award, and the 2009 Jonathan Larson Grant. The pair have written the musicals Triangle (World Premiere TheatreWorks Silicon Valley) winner of six Theatre Bay Area Awards including “Outstanding World Premiere Musical.” He has worked with Amanda Green and Matthew Brookshire on the musical, For The Love Of Tiffany.  He composed the score for Barry Edelstein’s production of Timon of Athens at the Public Theater, and Hamlet and Othello at the Old Globe in San Diego. A graduate of Northwestern University and a founding member of the Northwestern University Entertainment Alliance, Moore is based in New York, NY and have volunteered his time, talent and skills to The Actors Fund, Broadway Cares/Equity Fights AIDS, Covenant House, and the Ali Forney Center for LGBTQ youth.