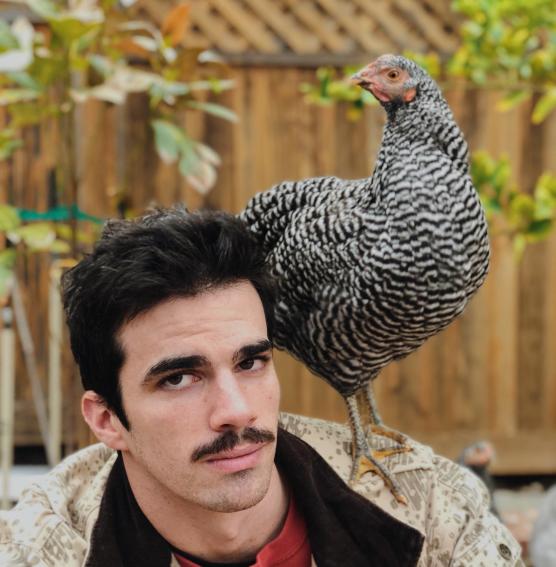 Emile Rappaport (B.A., theatre and dance, ‘19) works in video production for the Los Angeles based Zach King Team which specializes in making short, high concept videos that are shared onto Tik Tok, Instagram, and YouTube, though Rappaport originally arrived in L.A. to pursue an acting career.

“Pursuing an acting career in Los Angeles was, in many ways, the same ordeal as navigating traffic on the 405,” said Rappaport. “Often, it felt like I was going nowhere, stuck in the middle of everyone else going in the same direction. There were times when I was tempted to ditch my destination and get off the 405 at all costs. But it was the slightest bit of progress forward that kept me stubborn in my lane.”

During his tenure at UC Davis he appeared in The Shape of Things and the Ground and Field Theatre Festival production of Summertime. In addition, he studied cinema in Paris, France, for four months and did an internship at National Lampoon in Los Angeles.

Prior to the university, he performed at Woodside High School as Lumiere in Disney’s Beauty and the Beast and as Finch in How to Succeed in Business Without Really Trying.

Rappaport has learned to adapt to all the career challenges that confront an actor in L.A.

“It was only when I let go of my metaphorical destination that I found some really interesting paths. Since traveling new roads, I worked as a COVID monitor on American Horror Story, a production assistant on a high budget western film, and even a janitor for a Steven Spielberg film! (No, I did not play a janitor, I was literally on the custodial team. But worth it for front row seats on that set!).”

“Now, somehow out of all the twists and turns, I find myself producing videos for a major social media figure (whom I remember following since high school).”

“Producing for Zach King has been an incredible experience, and every day I wake up excited to go to work,” said Rappaport. “The team here is energized, talented, and above all really fun to work with. We operate at a professional level but get to make crazy ideas into fun videos for a large audience.”

“I have not lost the dream of reaching the end of the 405, but I learned that getting there does not mean I have to sit in its endless traffic.”