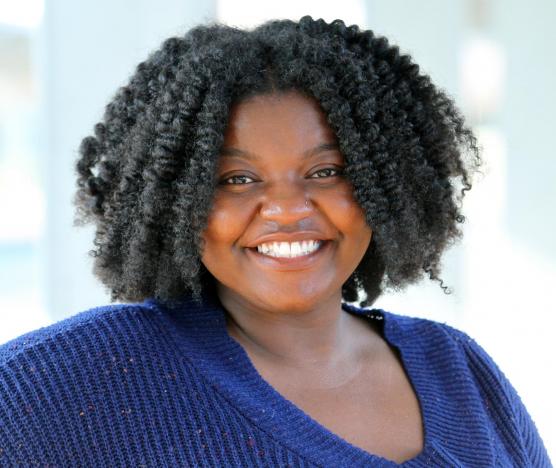 Alumna Jasmine Washington, B.A. 2018, has written Callus, a new production that centers on the racial disparities in America’s health care system. The new work is being produced by Art Rat Theatre which was founded by Rose Kim, B.A. 2018. The production will be stage managed by undergraduate student Jillian Yong.

First developed and read at UC Davis in 2017-2018, “Callus” explores the life of a young Black woman as her and her family experience systemic oppression in the form of inadequate health care. A health crisis forces the family to adapt their relationships, lifestyles, and mentalities in order to deal with the dilemma. The title stems from the tension between the necessity to create a barrier for self-preservation in a difficult world and the risk of distancing one’s self from others. This staged reading uses both realistic and abstract aesthetics to explore issues of power and privilege as we move through this family’s experiences.

The production’s cast features a number of alumni including Tyler Crawford, Ahash Francis, Tiffany Nwogu and Austin Taylor Brown. The lighting for Callus is being designed by alumnus David d’Olimpio.

The performance dates are Sept. 5, 6, 12, and 13 at 4 p.m. (PDT). Each performance will be followed by a talkback. Access to the performances is available for free through the theatre’s website or Art Rat’s Facebook page.

Washington graduated from UC Davis with a degree in theatre and dance and a minor in African American and African Studies. She is currently living, working and acting in Sacramento. She has most recently appeared in both staged readings and full productions including “The Revolutionists (Big Idea),  “All My Possessions for a Moment in Time” (UC Davis), “The (M)others” (CSU Northridge) and “Eight Nights,” directed by Ariella Wolf. She was a member of the cast of UC Davis’s award-winning production of “The Bluest Eye.”

Kim is a Korean American theatre artist and writer who believes in   paying attention to anti-mainstream currents. She has produced original,   YA-driven POC-centered theatre for over four years. Needing a vehicle for continued performance practice and research but discontented with mainstream U.S. theatre culture, Kim founded Art Rat Theatre in 2019 which is dedicated to decolonizing theatre for a truly diverse, new era audience. Kim believes in Art Rat’s ability to catalyze a greater network of independent, institutionally-marginalized young adult creatives. She works a full-time job that helps ensure all Art Rat artists are paid! She recently wrote her first book, 25: Before, During and Shortly, which is available now (all proceeds go to Art Rat’s 2020-2021 production budget.)