A Broadway veteran for over 25 years, Mindy Cooper began her career as a performer dancing in the companies of Twyla Tharp Dance, The Feld Ballet, The Kansas City Ballet, and Thingseziseem Dance Theatre. She then went on to perform on Broadway in the original cast revival of Chicago, the original cast of Titanic, and Beauty and the Beast, Song & Dance, and Tenderloin.

Her local theatrical work has won a total of ten Bay Area Theater Critics Awards including 2009 Best Director of a Musical and 2009 Best Musical. She has been honored as UC Davis Granada Artist-in-Residence three times: spring 2007, spring 2009, and this spring 2011 when she will be directing The Who’s Tommy. 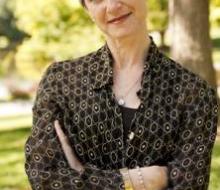