Brett Snyder, AIA is a principal of Cheng+Snyder, an experimental architecture studio based in Oakland, California, and an Assistant Professor of Design at the University of California, Davis.

Snyder works at and researches the intersection of architecture, media, and graphics with a particular interest in urban spaces.

Snyder’s speculative and built work has been featured in national and international media outlets including:

Prior to founding his design firm, Snyder designed internationally at a wide range of scales. His experience spans disciplines from working on large urban scale architecture projects to intimate size objects to interactive experiences.

Snyder’s award winning work has been exhibited internationally including the 2012 Venice Architecture Biennale. Snyder is a recipient of the New York Foundation for the Arts award and a Van Alen New York Prize Fellowship.

Snyder has taught design and architecture at several institutions including Columbia University, Cooper Union, Pratt, Syracuse, and University of the Arts, Philadelphia.

The UC Davis Placemaking Team has created a participatory initiative that invites the public to respond to the prompt “Home is ____” through words and images.

Brett Snyder, associate professor of design, and Beth Ferguson, assistant professor of design, are part of a group selected for a year-long project bringing together local residents, public officials and experts to develop projects to strengthen resilience to sea level rise, severe storms, flooding and earthquakes.

Design professor Brett Snyder will participate in the roundtable discussion at a launch event for the Mellon Public Scholars program of the UC Davis Humanities Institute on Monday, March 7, 2016.

For more information on the Platforms events, please visit the CCA Platform page.

Please join us for a Book Release and Panel Discussion

Final review for Design 50 with guests Mauricio Soto, CCA and Ernest Jolly, from the Design Museum. Students presented a “Tool for Two Types of Sitting.” Each of these prototypes was designed to be made from cardboard. Fabrication methods were developed by each student and presented by the Social Sciences and Humanities Courtyard. The studio was led by Assistant Professor Brett Snyder. Katie Accord, one of the students in the class, is pictured testing out her own chair, which uses tubes of recycled cardboard set into a lasercut cardboard armature.

They will have an installation at SOFA Chicago from 31 October to 3 November, 2013.

Newly hired Department of Design Professor Brett Snyder has co-authored an article with Jonathan Massey in the Design Observer. 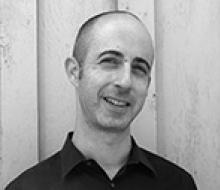