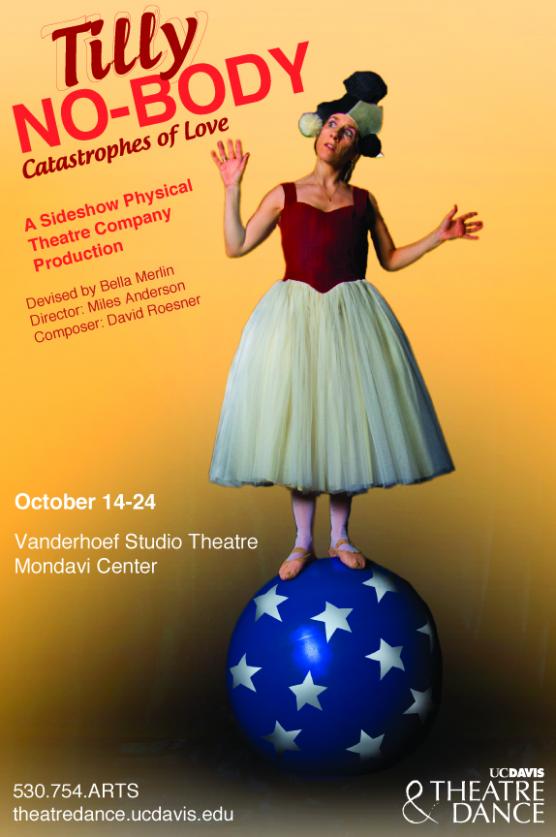 Devised and performed by Bella Merlin

Who are we? What defines our identity? In a celebrity culture, who owns our identity?’ The tragic fate of Michael Jackson has left the world wondering who the private people behind the public facades really are. Actors and entertainers surrender themselves to their profession, and yet what lies behind the make-up and the costumes?

Tilly No-Body asks these questions, through the lens of actress, Tilly Wedekind – wife of world-famous German playwright, Frank Wedekind (Spring Awakening and Lulu). Tilly devoted her life to Frank’s work, and during their marriage, he wrote powerful plays fuelled by their tempestuous relationship, insisting that Tilly play the female leads. Private affairs became public consumables, and Frank took control of Tilly in every respect, weighing and measuring her body, and insisting that without him, she would be a nobody. With nothing but his lines of dialogue, she was robbed of her own voice. Until now… Actor and writer, Bella Merlin weaves together Tilly’s letters and autobiography, with Wedekind’s plays – and a fistful of fantasy, including original cabaret songs, physical theatre, and a commissioned musical score – to reveal what really goes on within the inner realm of the actress’s troubled head.

The production can also be viewed on UCTV.