Dolph Gotelli, Professor Emeritus of Design, initiated the visual presentation program when he began his teaching career in 1970. He is also the Founder and Director emeritus of the Design Museum, where he was the curator. During his tenure he designed scores of innovative exhibitions for the Northern California community including shopping bags, American souvenirs, Halloween collectibles, international folk toys, masks, Santa Claus and edible art. Under Gotelli’s direction, the museum has received an international reputation for cutting edge installations featuring theme exhibitions.

He created a popular general education class based on his approach to Fantasy, Creativity and Originality as a problem solving process.

Gotelli has worked as a guest curator and exhibition designer for museums and galleries throughout the nation, including The American Craft Museum in New York, The Los Angeles Craft and Folk Art Museum, The Crocker Art Museum, Sacramento and in alternate spaces in such flagship stores as Neiman-Marcus (Dallas) and Macy’s (San Francisco).

Internationally known as “Father Christmas,” due to his collecting of vintage Christmas objects, toys, dolls, and ephemera, Gotelli has designed many holiday exhibitions using his collections of dolls and toys in elaborately detailed tableaux that allow each viewer to imagine a personal story or memory. His installations, known for their imaginative and whimsical content, combine strong design concepts with dynamic visual imagery. His exhibitions have been featured in Smithsonian, House Beautiful, Christian Science Monitor, Visual Merchandising and Store Design, Disney Channel Magazine and in the Italian Design magazine, MCM.

Gotelli, as artist, creates multimedia installations and his work has been seen in cities around the country including New York, San Francisco, Chicago, Atlanta, Philadelphia; his work has been reviewed in scores of publications including Artweek, American Craft, Wall Street Journal, New York Times, Newsweek, Los Angeles Times, the San Francisco Chronicle and Casa Bella. He has also been featured on “CNN,” “Good Day, New York,” and “Good Morning, America.”

As a popular lecturer, Gotelli has given presentations throughout the United States, Canada, Europe and India on such diverse subjects as International Celebrations and Festivals, Victorian Christmas Rituals, Fantasy as a Problem-solving Device and Vernacular Architecture and Interiors.

Museum of Wonder and Delight Opening soon in Historic Folsom

The Museum of Wonder & Delight, featuring the collections of Dolph Gotelli, will be opening soon in Historic Folsom. Gotelli, Design Professor Emeritus, is widely known for his collections of vintage Christmas objects, toys, dolls, and ephemera. Gotelli has designed many holiday exhibitions using his collections of dolls and toys in elaborately detailed tableaux that allow each viewer to imagine a personal story or memory. 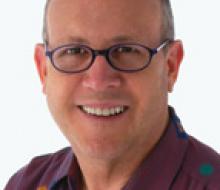