Students and faculty participate in The 25 Million Stitches Project 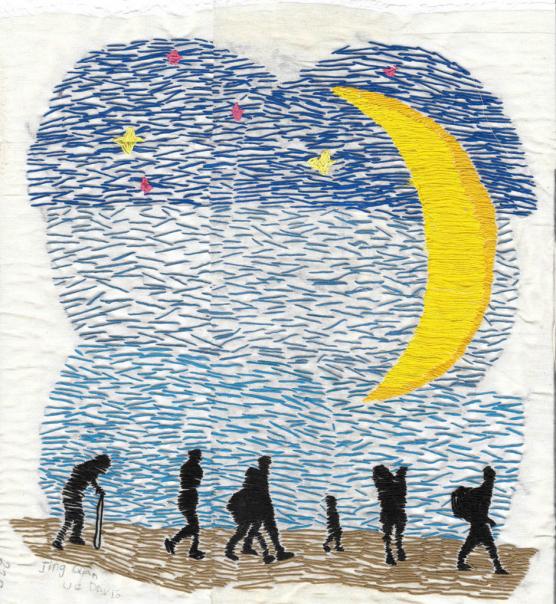 Over 40 students and Department of Design lecturers Rose Kelly and Christine Knobel from DES70: Introduction to Textile Structures are participating in The 25 Million Stitches Project, a response to the global refugee crisis.

How does making 25 million stitches help refugees? This project is a way for participants to engage with this global crisis instead of ignoring it, especially with the world’s attention focused on the Covid-19 pandemic. Even though no single stitch can fully represent an individual, the act of stitching and the resulting work will help bring attention to the scale of the crisis. Two objectives of the project are: to engage as many people as possible to raise awareness of the global refugee crisis and to amass 25 million stitches to visually represent the sheer volume of this astronomical figure of refugees.

The world is in flight. An estimated 25 million people across the globe have been forced to flee their homelands as a consequence of genocide, war, poverty, natural disasters, targeted violence, and other grave threats. They leave behind everything they’ve known and possessed in order to live; they face immense struggles, misfortunes, and perils on their journey; and, through it all, survival, much less successful resettlement, remains but the slimmest hope.

The first full installation will be at the Verge Center for the Arts, 625 S Street, Sacramento, CA on view June 5–August 15, 2020. The Opening Reception is tentatively scheduled for Friday, June 5, 5–7pm.