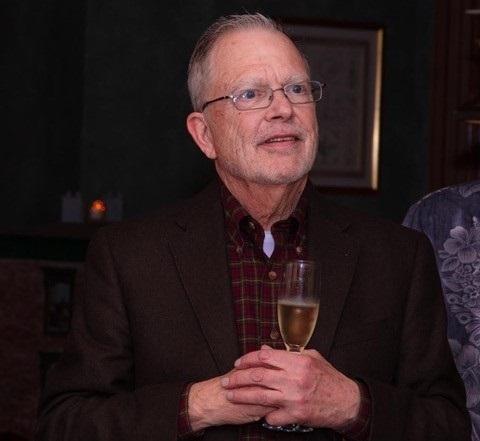 Tom Munn, professor emeritus of theatre and dance, died on June 24 at 78. He was a pillar of the UC Davis Department of Theatre and Dance, where he co-created the M.F.A. program in theatre, design. An acclaimed designer in the San Francisco Bay Area, he designed lighting and scenery for the San Francisco Opera for nearly a quarter century.

In 1976 Munn designed a production of Verdi’s MacBeth at the Netherlands Opera which came to the attention of Kurt Herbert Adler, then the General Director of the San Francisco Opera. Adler was looking for a lighting designer for the company, and the result was that beginning in 1976 until 2002 Munn was the Resident Lighting Designer of San Francisco Opera. He continued to design occasionally for the company until 2007.

During that time he designed the lighting, including revivals, for approximately 250 productions. Notable among them are the 1979 La Gioconda for which he received an Emmy award for the lighting of the television broadcast, three Ring Cycles, and world premieres of A Streetcar Named Desire and The Angle of Repose, and the American premiere of Lear. In addition to his work as lighting designer, he frequently designed projections and special effects for the productions.

Munn designed lighting for Die Meistersinger von Nürnberg, The Ballad of Baby Doe, for the San Francisco Opera and the New York City Opera, as well as The Tsar’s Bride, Don Carlo, Semele, and numerous revivals for San Francisco Opera.

From 2003 to 2014, Munn designed lighting for numerous UC Davis theatre and dance productions, including The 25th Annual Putnam County Spelling Bee, nest, Big Love, Urinetown: the Musical and The Grapes of Wrath, for which he also designed the scenery. He created lighting for university-created shows and devised new works, including Bella Merlin’s Tilly No-Body and Jade McCutcheon’s Elephant’s Graveyard. For the UC Davis Department of Music, he designed Béla Bartók’s Bluebeard’s Castle and the co-production of Georges Bizet’s Carmen with San Francisco Opera’s Adler Fellows at the Robert and Margrit Mondavi Center for the Performing Arts. In 2016, he returned to campus to design the lighting for Mr. Burns: A Post-Electric Play.

A graduate of Boston University’s School of Fine and Applied Arts in Design, Munn made his Broadway debut in 1970 designing scenery for Brightower. His achievements include playing an important role in the War Memorial Opera House renovations and was the lighting consultant for the construction of a new opera and dance complex in Amsterdam, Het Muziektheater.

“Tom was a true artist; he was a great collaborator and a wonderful friend,” said John Iacovelli, professor emeritus of theatre and dance. “He came to teach and mentor students at UC Davis after having had a spectacular career as one of America’s foremost lighting designers. Tom was passionate about teaching design students and theatre makers. He was a great mentor to them and a colleague to us, and we co-taught many classes.”

The School of Theatre at his alma mater, Boston University, awards the Thomas J. Munn Award for Excellence in Lighting Design each year in honor of his commitment to the highest standards in design.

The San Francisco Opera dedicated their June 25 performance of Dream of the Red Chamber to Munn’s memory.

Munn is survived by his wife Susan, two daughters Abigail and Elizabeth, their spouses, two grandsons and three brothers.