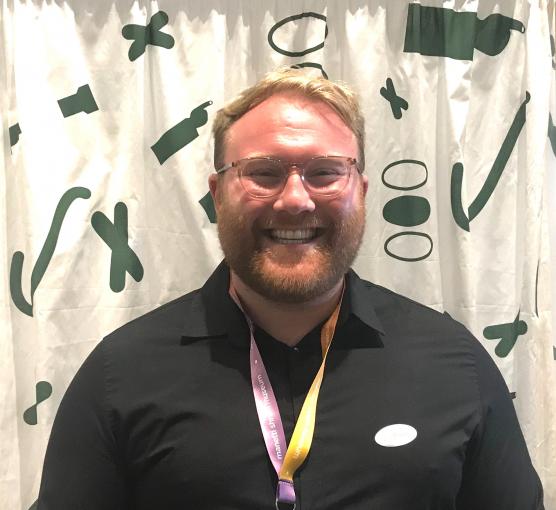 Adam Flint Taylor has been awarded the first Savageau Award for a M.F.A. design student. The award was presented May 30 at the annual graduate student exhibition, on display at the Jan Shrem and Maria Manetti Shrem Museum of Art through June 16.

His thesis project examines ballot design, gerrymandering and political candidates’ visual identities. He has worked as a designer at the Manetti Shrem Museum of Art, the Crocker Art Museum and Boulder Associates Architects. Taylor also earned his undergraduate degree in design from UC Davis. He has recently accepted an appointment at Southern Utah University’s College of Performing and Visual Arts. See his work.

The Savageau Award is aimed at furthering the career of a graduating M.F.A. design student and to encourage, recognize and celebrate creative and original contributions to the discipline of design. It is named for Ann Savageau, a professor in the design department from 2007 to 2014.