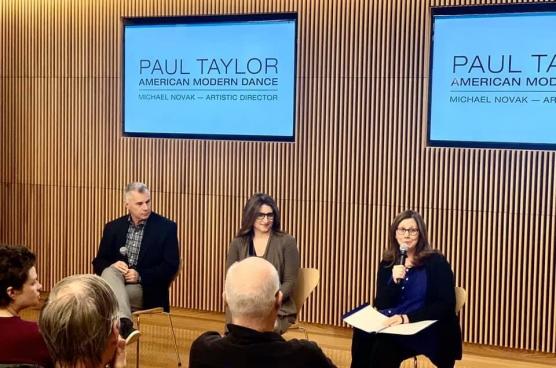 The panel was one of many events during Paul Taylor American Modern Dance’s recent engagement at Lincoln Center which ran October 29 to November 17. The schedule included performances by the company and guest dance companies and two public memorial celebrations.

Professor Grenke appeared as part of a pre-performance lecture that focused on one of Taylor’s signature and most popular works “Company B,” in which Grenke was a member of its original cast.

Grenke is a former principal dancer for the Paul Taylor Dance Company. For the company, his choreography inspired the hit “Funny Papers,” where his work is represented in the first movement, which was filmed for PBS’ Dance in America special “The Wrecker’s Ball.”