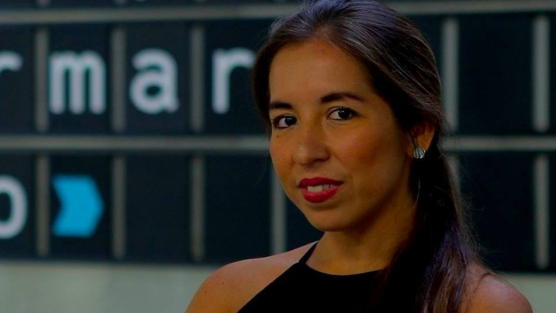 Congratulations to Assistant Professor Katia Vega who has received an Athena Award from Women in Tech Initiative at UC. Vega has been recognized for her achievements in the Early Career category.

The awards will be presented on March 12, 2021, during the annual  Women in Tech Symposium, which will focus on “The New Era in Human-Computer Interaction.”

At UC Davis, Vega directs the Interactive Organisms Lab. Her pioneering research creates novel interfaces around the skin and within fungal colonies known as Beauty Technologies, Growable Interfaces, and Interactive Tattoos. This research integrates electronics into cosmetics to be applied directly to skin, fingernails, and hair to transform the body’s surface into an interactive platform. Her work in Beauty Technology helped open a field with innovations like Conductive Makeup, Tech Nails, Hairware, and FX e-makeup. Her research helped open a new subfield in Wearable Computing by transforming the body into an interactive platform. Vega’s work has been featured by the BBC, New Scientist, Wired, Discovery, CNN, and has received awards from SXSW, Ars Electronica, and the Ubimedia Competition, among others. She is the co-author of the book, “Beauty Technology: Designing Seamless Interfaces for Wearable Computing.”

As a Geek Girl LatAm ambassador, Vega has a marked impact in encouraging Latina and female students to undertake STEAM disciplines. Seventy percent of the undergraduate students joining her lab have been women, and many come from outside the United States (Peru, China, Taiwan, Turkey). Her design is women-centered, creating novel beauty technologies that are mindful of the social, aesthetic, and cultural perspective of women, and she positions women as innovation drivers.

The Women in Technology Initiative at the University of California is a program jointly launched in 2017 by CITRIS and the Banatao Institute and Berkeley Engineering to advocate for women in the tech industry and academia to be proportionately represented and equitably compensated throughout the professional ranks.

The Center for Information Technology Research in the Interest of Society (CITRIS) and the Banatao Institute drive interdisciplinary innovation for social good with faculty researchers and students from four University of California campuses – Berkeley, Davis, Merced, and Santa Cruz – along with public and private partners.