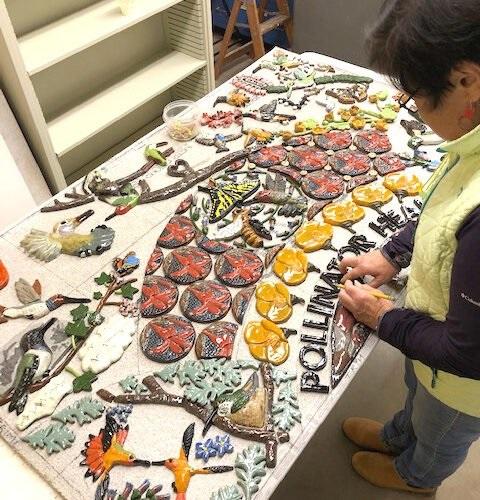 Gale Okumura, retired lecturer in design, was among the collaborators who helped in the creation of a ceramic mosaic mural for the new Pollinator Garden at Explorit Science Center in Davis.

A number of families participated in an art class to make ceramic tiles that are part of the mural which depicts local plants and their pollinators. The finished art piece was unveiled on April 30 at the science center.

The project was developed by the UC Davis Art/Science Fusion program which was co-founded by Diane Ullman, Professor of Entomology.

Okumura has years of experience as a graphic designer and her interest in agriculture brings another dimension to the project. She has created brand recognition for various rice products that have been distributed internationally.