Kriss Ravetto-Biagioli is a film and media scholar whose work focuses on representations and theorizations of violence in film, media, and social media. She has worked on the question of nation building, ethnocentrism and sexual violence in the Balkans and Eastern Europe; Nazism, Fascism and the Holocaust; Surveillance and social media; Digital art and experimental cinema and the uncanny; and the emergence of new forms of politics through social media.

She is the author of The Unmaking of Fascist Aesthetics (Minneapolis, University of Minnesota Press, 2001), Mythopoetic Cinema: On the Ruins of European Identity (Columbia University Press, 2017), and is currently working on a new book project entitled Digital Uncanny (forthcoming from Oxford University Press) that examines how digital technologies, particularly software systems working through massive amount of data, are transforming the meaning of the uncanny that Freud tied to a return of repressed memories, desires, and experiences to their anticipation.

She has published articles on film, performance, installation art, new  media, and the hacker group Anonymous in Camera Obscura, Film Quarterly, LEA, PAJ, Representations, Screen, The International  Social Science Journal, Third Text and numerous collected volumes. She is the co-editor with Professor Martine Beugnet of the Edinburgh University Press series in Film and Intermediality. Her interest in the “digital uncanny” and the culture of surveillance has inspired Recoded, the large international conference on the politics and landscapes of new media, and Figures of the Visceral and  Gaming the Game.

She is co-organizing the Mellon initiative in Digital Culture with Professor Colin Milburn (English and STS), co-organizer with Anupam Chander the Mellon Sawyer Seminar on Surveillance and Democracy is a core researcher on the IMMERSe and IFHA projects.

She is also affiliated with t the graduate programs in Cultural Studies,  Performance Studies, Critical Theory and French and Italian Studies.

CDM Professor Kriss Ravetto-Biagioli is the author of “Digital Uncanny” which has recently been published by Oxford University Press.

Kriss Ravetto-Biagioli co-authored with Martine Beugnet for Image and Narrative, special issue on Artaud and Cruelty, 17.5 (2016), 66-79.

Prof. of Cinema and Digital Media, Kriss Ravetto-Biagioli, and Anupam Chander (UC Davis School of Law), were awarded a 2014 Mellon Foundation Sawyer Seminar for their year-long seminar, “Surveillance and Democracy,” offered during 2015–2016.

Please click on the “Mellon-Sawyer Surveillance and Democracy Seminar” link for more information on upcoming speakers and events.

Theory by other means:
Pasolini’s cinema of the unthought
Kriss Ravetto-Biagioli

Social media is routinely tied to utopian appeals to reinvigorate democracy opening up spaces for free speech and providing instant access to information, ideas, and events.

Digital technologies have revolutionized the practice of everyday life, becoming an integral part of work, communication, politics, economics, artistic creativity, and personal identity. The study of digital culture is among the most vigorous areas of research in the humanities and social sciences today. 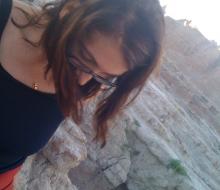