Kathryn Sylva is an associate professor of Design She earned her B.A. in Art Studio from UC Davis and an M.F.A. in Photography from the San Francisco Art Institute.

Professor Sylva’s research includes two large visual communication projects, one on eating disorders and the other on the American eugenics movement. She also collaborates with researchers in nutrition in using visual presentation strategies to enhance the effectiveness of health and nutrition educational and research materials.

Eating Disorders in a Disordered Culture is the first visual arts project of its kind exploring the personal, cultural and historical dimensions of eating disorders. This multi-faceted project with Robin Lasser, Professor of Art at SJSU, was designed for three venues: exhibitions in galleries and museums; public art spaces, such as billboards and bus shelters; and the Web. Begun in 1997 and expanded throughout the years, the project has been published widely and has traveled extensively throughout the US, including a 2006 exhibition in upstate New York. A Spanish version has also traveled to the South American countries of Argentina and Columbia.

History of American Eugenics Movement, Professor Sylva’s recent visual communication project on the history of the American eugenics movement, had its initial exhibition as “Human Plants, Human Harvest: the Hidden History of California Eugenics” in Sacramento in the fall of 2005. This is the first exhibition ever exclusively devoted to the history of American eugenics or California eugenics. This project is a collaborative effort with Ralph Brave, a science writer currently based in Baltimore, who has done extensive writing and interviews on the human genome project.

ksylva[remove-this-and-replace-with-at]ucdavis.edu
Back
This item appears in: 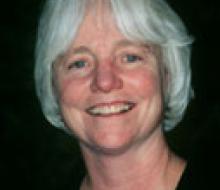