The fiction feature Valley of the Innocent (Tal der Ahnungslosen, 2004) had its world premiere at the Toronto International Film festival in 2003 and went on to compete in the feature film competition at FESPACO in 2005. For her documentary film The Education of Auma Obama, Okpako received the 2012 African Movie Academy Award for Best Diaspora Documentary, the Festival Founders Award for Best Documentary at the Pan African Film Festival in Los Angeles (both in 2012), and the Viewers Choice Award at the Africa International Film Festival (2011). Her documentary-drama, The Curse of Medea (Fluch der Medea 2014), about the life of the late German writer Christa Wolf, premiered at the Berlin International Film Festival in 2014.

Branwen Okpako is Associate Professor at UC Davis in the Department of Cinema and Digital Media and is currently completing her sixth feature film entitled Chibok Girls based on the 2016 book of the same title by Helon Habila.

World Premiere of “Return to Chibok” Directed by Branwen Okpako

Branwen Okpako, associate professor of cinema and digital media, has adapted Helon Habila’s The Chibok Girls into an experimental documentary, Return to Chibok. The film re-enacts the journey to visit those left behind after the shocking kidnapping of 276 girls from Chibok Girls School in 2014. It will be screened at UC Davis on Feb. 27 by the Center for the Advancement of Multicultural Perspective on Social Sciences, Arts, and Humanities (CAMPSSAH).

Traditional and new forms of documentary. Skills and strategies for producing work. Progression through all stages of production, from conception through research, then planning and filming, and finally post-production and critique.

TCS 104 explores traditional and new forms of documentary, with focus on technocultural issues. Students develop skills and strategies for producing work in various media, and progress through all stages of production, from conception through post-production to critique.

Below are links to the students’ trailers. 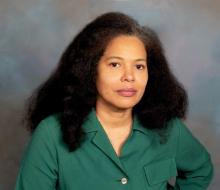