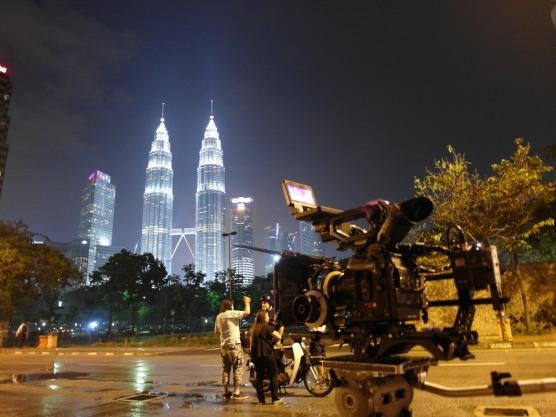 The Department of Cinema and Digital Media presents the CDM Lecture Series, a four-event series featuring presentations by acclaimed and award-winning filmmakers, artists, scholars and curators. The series is hosted and coordinated by Professors Fiamma Montezemolo and Andrew Smith.

DiQuinzio is senior curator of modern and contemporary art and Phyllis C. Wattis MATRIX Curator at the Berkeley Art Museum and Pacific Film Archive (BAMPFA). She has organized dozens of exhibitions, including Charles Howard: A Margin of Chaos, Color Shift; Ballet of Heads: The Figure in the Collection, and MATRIX exhibitions with Nicole Eisenman, Paz Errázuriz, Anna Maria Maiolino, Geta Brătescu, John Zurier, Eric Baudelaire, Tarek Atoui, and many others. Prior to BAMPFA, she was assistant curator of painting and sculpture at SFMOMA, where she organized solo exhibitions with Trisha Donnelly, Vincent Fecteau, R.H. Quaytman, and Paul Sietsema. DiQuinzio has worked at the Whitney Museum of American Art, where she co-organized the 2004 Whitney Biennial, and has contributed to journals such as Artforum, Mousse, Cura, and The Exhibitionist. Join the lecture here.

Moss and McBaine have been creative partners for 20 years. They produced and directed “Boys State,” which won the Sundance Grand Jury Prize and was released by Apple and A24 in August 2020. Previous films include “The Overnighters,” winner of the Sundance Special Jury Prize, “The Bandit,” and “Speedo: A Demolition Derby Love Story.” Moss’s work for Netflix includes “The Family,” a five-part series, and the “Payday” episode of “Dirty Money.” Join the lecture here.

Shapiro is an award-winning filmmaker based in New York. His documentaries include the Sundance Film Festival Premiere Limited Series: “Untitled Pizza Movie” (2020); ”Missing People” (2016), winner of the Jury Award at the Hamptons International Film Festival, and “Keep the River on Your Right” (IFC, 2001), winner of an Independent Spirit Award, Jury Award at IDFA, and on the Academy Award shortlist. He wrote and produced “Finishing Heaven” (HBO, 2009), for which he was nominated for an Emmy Award. Join the lecture here.