Professor emeritus in the spotlight 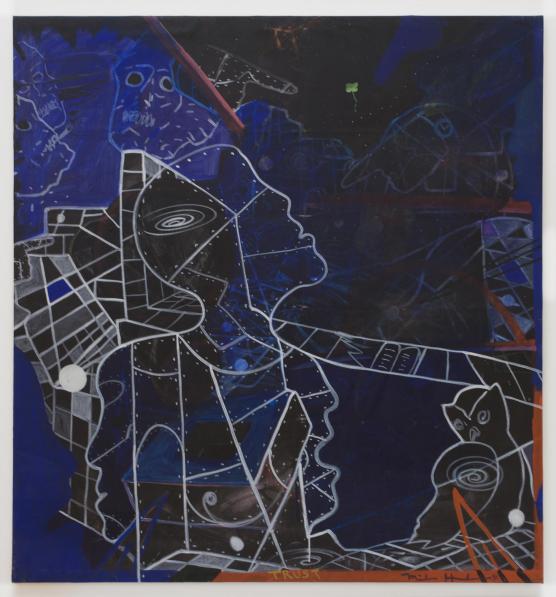 Mike Henderson, art professor emeritus, taught at UC Davis for more than 40 years. He is now back in the spotlight with a major exhibition at the Maria Manetti Shrem Museum of Art and shows at the FOG art fair and Haines Gallery in San Francisco.

“Before the Fire” bridges the gap between his early, expressionist figurative works addressing social and political issues that received widespread attention and his later works exploring Black life and utopian visions through the lens of abstraction, Afro-futurism and surrealism. The exhibition is composed of 13 paintings, five films and one drawing, including some thought to be destroyed in a fire at this studio in 1985. There will also be a slide show of destroyed artworks. It is his first museum exhibition in the U.S. in 20 years. It will be on display through June 25.

At the FOG art fair in San Francisco, Henderson will be in conversation with Andy Battaglia, executive editor, Art in American and ARTnews at 5 p.m. Jan. 21. It will be followed by a performance by Henderson’s blues trio Cabin Fever.

Henderson grew up in Missouri and came to California to study at the San Francisco Art Institute and has long lived in the San Francisco Bay Area. His early work often addressed racism, the Vietnam War and injustice of all kinds. One of those paintings, Non-Violence (1968) was shown at the Whitney Museum of American Art in 1969 when Henderson was still a student and in 1971 two of his paintings were in a Whitney exhibition.

On Jan. 19, Henderson spoke at a screening of his films at the Academy Museum of Motion Pictures in Los Angeles. The academy has been conserving and restoring the films since 2008.