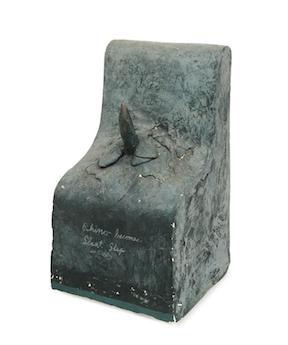 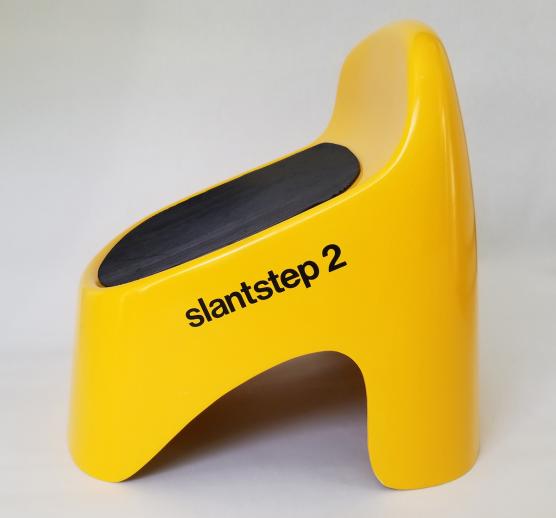 In 1965, art Professor William Wiley purchased an odd object in a thrift store and brought it to campus. The Slant Step is a green linoleum-covered plywood stool with a slanted – and seemingly nonfunctional – step that has inspired artists for decades at UC Davis and beyond.

The Verge Center for the Arts in Sacramento has republished the 1969 Slant Step Book, along with a companion volume, and has also organized the exhibition Slant Step Forward running September 12 through October 27. The exhibition will include works by a UC Davis faculty (Robert Arneson, William T. Wiley) and alumni (Angela Willetts (MFA 2016), Terry Berlier (MFA 2003), Stephen Kaltenbach (MA 1967)), as well as artists from around the country.

Read more about the history of the Slant Step here.