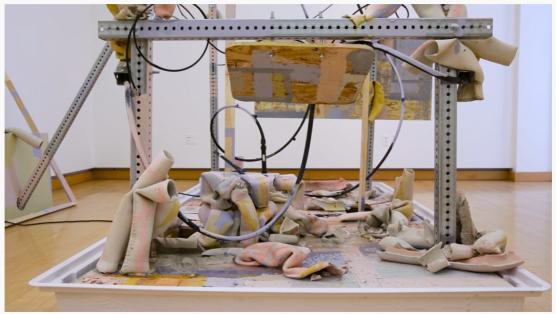 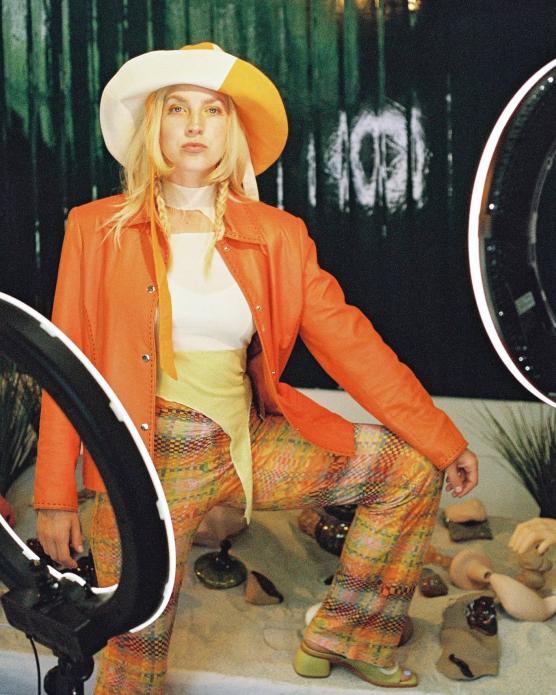 Whitney Vangrin is an artist working across mediums with an emphasis in performance and video. Equal parts physical and psychological, her performances question perceptions of authenticity, creating works that hinge upon reality and simulation while making allusions to film, ritual, and folk traditions.

In Vangrin’s performances there is a confrontation with the self and rupturing of wholeness and one’s configuration in space. The doubling of the body can be seen as contemplation on the multiple personas one presents to the world and that media distorts. Her performances contained nods to highly stylized cinematic forms and channel the performances of the iconic heroines found in the genres of science fiction,thriller, drama and horror. Each performance wavers between sincerity and melodrama, pursuing a desire to blur the lines between representation and life. Vangrin seeks to embrace the ambiguities that exist between being and wanting to be, and the rich production of myth and image that comes from that.

Whitney Vangrin is an artist formerly based in Brooklyn, New York, but originally from Northern California, who works across mediums with an emphasis in performance and video.

Emily Gordon received her BFA in Studio Art Ceramics from the University of Wisconsin-Stout in December of 2019. Her work functions in a place of in-betweenness by weaving together influences of painting, ceramics and performance art.