In Honor of William T. Wiley 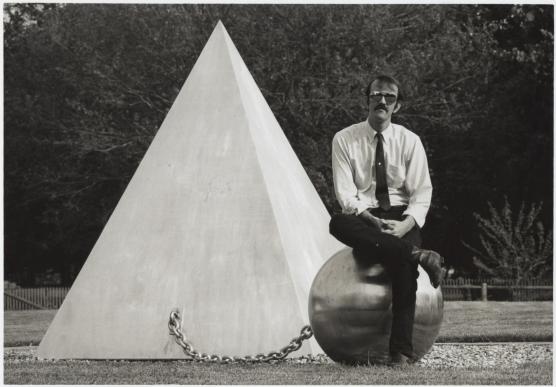 The students, faculty and staff of the Department of Art and Art History pay tribute to UC Davis Professor Emeritus William T. Wiley, who passed away Sunday, April 25. Wiley was one of the department’s pioneers as an artist and educator.

William T. Wiley, was an ingenuous and witty artist, an early member of the Art Department — joining the faculty in 1962 – and an enthusiastic teacher, profoundly influencing his students which included Bruce Nauman, Deborah Butterfield, Richard Shaw, and Stephen Kaltenbach.

Wiley was not limited by medium; he worked in watercolor, oil paint, music, sculpture, printmaking, film, theater and performance art. His works are in the collections of numerous museums, including the Whitney Museum of American Art, the Museum of Modern Art, the San Francisco Museum of Modern Art, Los Angeles County Museum of Art, the Chicago Art Institute and many more. He had a retrospective at the Smithsonian American Art Museum in 2009 (What’s It All Mean: William T. Wiley in Retrospect), appeared in the Venice Biennale (1980) and the Whitney Biennial (1983). In 2004, Wiley was awarded a Guggenheim Fellowship.

This coming January, the Manetti Shrem Museum will exhibit a show featuring Wiley’s works from the 1960s. Read their tribute to Wiley here.