Screening of “Bon-Uta, a Song from Home” 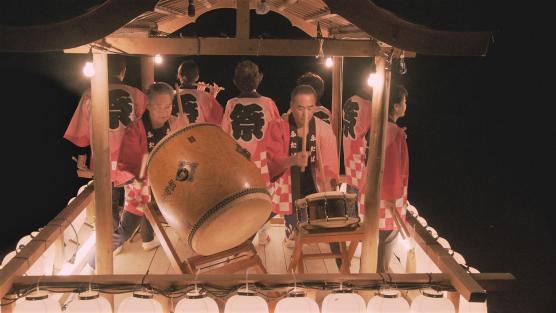 The Department of Cinema and Digital Media is among the sponsors of the Eighth Annual Alan Templeton Distinguished Lecture in Foreign Languages, Literatures and Cultures: Special Event “The Culture of the Fukushima Disasters: Japanese Film, Literature, Manga, and Photography after 3.11.” Scheduled for Nov. 3 and 4, this event explores cultural texts that have emerged in the wake of the triple disaster of earthquake, tsunami, and nuclear catastrophe that hit northeastern Japan on March 11, 2011.

On Nov. 3 at 6:30 p.m., there will be a screening of the documentary film, Bon-Uta, a Song from Home, never screened before in the continental U.S. One of the filmmakers, the Japanese artist Ai Iwane, will introduce the film and take questions afterward. The screening will take place in Cruess Hall 1002 and is free and open to the public.

The film tells the true story of evacuees from Futabata in Fukushima. Unable to return to their hometown because of the ongoing disaster of the Fukushima Daiichi Nuclear Power Plant, residents are scattered throughout the country and mourn the loss not only of their community but of their traditions, such as the Futaba Bon-Uta, a festival musical performance they have celebrated for centuries. Through an introduction by the photographer Ai Iwane, they meet a Japanese American Taiko group and learn of a similar Bon-Uta tradition performed by Japanese Americans living in Hawaii. Thus begins a journey through space and time, a journey that brings discovery, friendships, and new hope.

On Nov. 4 at 9:30 a.m., there will be presentations on film, manga, and literature relating to 3.11 in the Student Community Center Multipurpose room. Panelists include Ai Iwane (artist, photographer, film producer) “FUKUSHIMA ONDO, the Song and its Rediscovered Origin after 3.11: Reconnection Between  Hawaii and Fukushima”; Rachel DiNitto (professor of modern and contemporary Japanese literary and cultural studies, University of Oregon), “Manga, Radiation, and Politics after 3/11”; Dan O’Neill (associate professor, Department of East Asian Languages and Cultures, UC Berkeley), “Animal Media: Documenting Life in Japan’s Nuclear Exclusion Zone”; and Doug Slaymaker (professor of Japanese, University of Kentucky), “Kobayashi Erika and Radioactive Afterlives.”