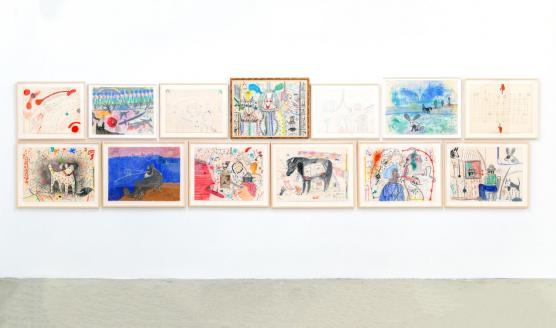 Roy De Forest, the late, long-time UC Davis art professor, is the subject of a major exhibition at a New York gallery that has received a significant review in The New York Times. “Roy De Forest’s Greatness Shines Even in a Virtual Display”  by Roberta Smith examines the artist’s online exhibition at the Venus Over Manhattan gallery. The show’s 37 paintings, drawings and assemblage wall reliefs span from 1960 to 2006.

It is the largest New York exhibition of De Forest’s work since 1975, when the Whitney Museum of American Art showed a retrospective of his work that was organized and shown at the San Francisco Museum of Modern Art in 1974.

His first comprehensive career retrospective, “Of Dogs and Other People: The Art of Roy De Forest”, was mounted by the Oakland Museum of California in 2017.