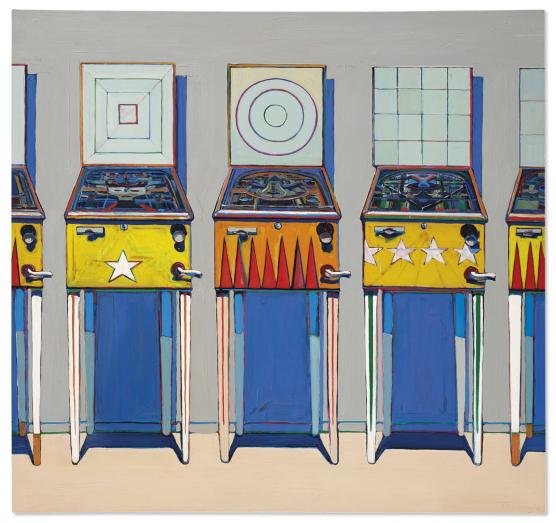 “Four Pinball Machines,” a major work by Wayne Thiebaud, professor emeritus, will go up for sale in New York at Christie’s on July 10. The work is expected to sell for $18 million–$25 million, more than double its existing record of $8.5 million.

According to Artnews.com, Thiebaud completed only several pinball machine paintings similar to the one coming up for auction from 1956–62, of which “Four Pinball Machines” is the largest.

Represented by the Paul Thiebaud Gallery