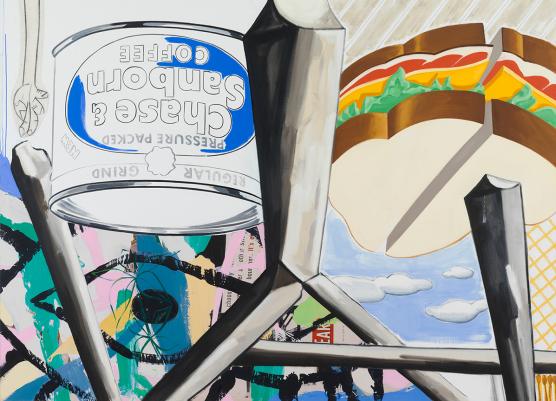 David Salle, a contemporary American painter and essayist, will give the fifth Betty Jean and Wayne Thiebaud Endowed Lecture.

Salle was one of a group of young, mostly New York, so-called neo-expressionist artists who came into prominence and became art stars in the 1980s, along with Julian Schnabel, Eric Fischl and others. His collage-like paintings feature overlapping imagery from a variety of sources—such as magazines, interior décor, and art history—layering figures and patterns into colorful compositions rendered in a straightforward, uncomplicated style. A native of Oklahoma, he studied at the California Institute of the Arts and has long been based in New York. He, Fischl, Schnabel and others showed at the Mary Boone Gallery in New York shortly after it opened in the then emerging hotbed of the New York art scene in SoHo.

In the early 1980s, he began designing sets and costumes for ballet and opera produced at the Metropolitan Opera, the Paris Opera and other venues. He has also written regularly for Art in America, Modern Painters, The Paris Review, and Art News and recently became the first visual artist to write for The New York Review of Books.

His art is in major museum collections including the Whitney Museum of American Art in New York, the Guggenheim Museum in New York, the Tate Gallery in London, the Art Institute of Chicago, and the National Gallery of Art in Washington, D.C.

This event is supported by the Department of Art and Art History and the Jan Shrem and Maria Manetti Shrem Museum of Art.