Seymour Howard’s research interests included Classical art and its afterlife; restoration and fabrication of ancient sculpture; major issues of forms, dynamics and meanings in art history, theory, criticism, psychology and perception.  He lectured widely at international, national, and sectional archaeological and art historical congresses and museums, including the Louvre, British Museum, Victoria and Albert Museum, the Hermitage, the National Gallery, and the J. Paul Getty Museum, as well as major universities in the United States and abroad. He also created paintings, posters, and sculpture in various media which he exhibited nationally and internationally since 1952.

Art and Imago: Essays on Art as a Species of Autobiography (London: Pindar Press, 1997)

“An Antiquarian Handlist and Beginnings of the Pio-Clementino” in Eighteenth-Century Studies, No. 7 (1973) 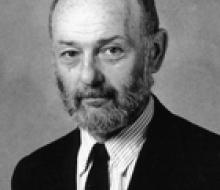