Jeffrey Ruda’s general fields of interest are Italian Renaissance art and architecture, and the history of European ceramics.  He has also served as a guest curator of drawings at the Crocker Art Museum, Sacramento.  His research focuses on the early Renaissance in Florence, and the design reform movement in England and France during the mid- to late-nineteenth century.  His publications include a monograph on the fifteenth-century painter Fra Filippo Lippi, an exhibition catalog of drawings from the Crocker Art Museum, and a study of Satan figures in fourteenth-century Italy. Just ahead of his retirement in Fall 2013, he became president of the San Francisco Ceramic Circle, an affiliate group of the Fine Arts Museums of San Francisco.

Rome: Art and the City: this course is part of the UC Davis Seminar Abroad program and takes place in Rome as a Winter Seminar. A world capital for over 2000 years, Rome has the greatest historical range of art and architecture of any major city. The class will meet entirely on-site (no classroom lectures or exams) with visits to ancient, medieval, and Renaissance and later art and architecture in Rome, and with excursions outside the city proper. Sites will include the Roman Forums, the Vatican and its museums, and some of Rome’s artistically richest neighborhoods. The lecture/discussions will develop skills of close, critical looking at the design and function of artworks and buildings. A final paper will compare and contrast the goals and values expressed in one ancient artwork or building, and one medieval or later artwork or building, with the student’s own values and beliefs.

The Imagery of Evil

jhruda[remove-this-and-replace-with-at]ucdavis.edu
Back
This item appears in: 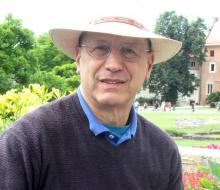