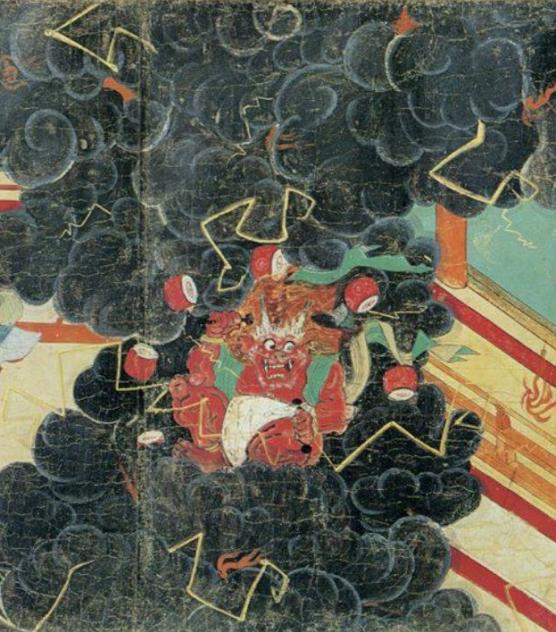 Alum Sara Sumpter (BA 2006) will speak on the role of thunder god in Japanese art. Her talk, “Bringing the Thunder,” will take place at Sac State on Wednesday October 30. Dr. Sara Sumpter received her PhD from the University of Pittsburgh in 2016.

A majority of the world’s polytheistic religious systems have a thunder god. Perhaps the most famous of those in the west is Thor, the Norse god whose mythological exploits have recently electrified the world through his representation in the Marvel Cinematic Universe. In Japan today, the thunder god (raijin) is an almost ubiquitous figure, often appearing with his counterpart, the wind god (fujin), on temple gates and turning up in spaces of popular culture like manga and video games. The traditional form of the thunder god, that of the almost grotesque animistic figure that soars in on black storm clouds surrounded by a halo of drums, was not originated by the Japanese, however. Similar figures appear in the Mogao caves near Dunhuang and were probably developed from earlier Han dynasty prototypes. In looking at a variety of examples of this motif, both from the Asian continent and from Japan, Dr. Sumpter’s talk will locate the origins of this iconographic thunder god figure and explore its development, transmission to, and function in Japan.